Besides prevention, rescue and rehabilitation, the bill covers aggravated forms of trafficking such as forced labour, begging and marriage. 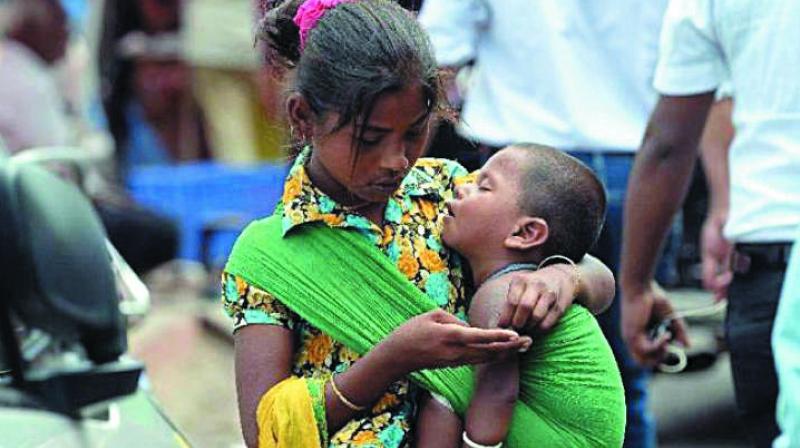 The minister, however, said that no property would be attached without giving notice.

New Delhi: Lok Sabha on Thursday passed a comprehensive bill to curb the growing menace of human trafficking, which provides for confidentiality of victims, witnesses and complainants, time-bound trials and repatriation of the victims.

Union minister for women and child development Maneka Gandhi assured the House while speaking on the Trafficking of Persons (Prevention, Protection and Rehabilitation) Bill, 2018, that it does not intend to harass sex workers.

The legislation proposes to create institutional mechanisms at the district, state and central levels and calls for punishment ranging from 10 years’ rigorous imprisonment and a fine of not less than Rs 1 lakh. The bill provides for attachment and forfeiture of property and also the proceeds of crime. The minister, however, said that no property would be attached without giving notice.

A National Anti-Traffi-cking Bureau would be set up to perform functions of international coordination with authorities in foreign countries and international organisations. Curr-ently, India uses different laws to deal with human trafficking cases depending on the facts of the case.

Assuring that she would incorporate in the rules any “lacunae” that seve-ral MPs pointed out while discussing the bill in the Lower House, Ms Gandhi said the bill is intended to go after human traffickers and not the victims.

Members cutting across party lines supported the bill, though quite a few of them — specially those from the Congress and the Left — were of the opi-nion that it should be sent to the Parliamentary standing committee as there are several aspects that “require strengthening”.

Ms Gandhi said, “The bill is long overdue... The law is victim-centric and the conviction rate will hopefully improve after the bill is enacted.”

“This bill is not intended to harass those sex workers who are voluntarily in the profession... This is a bill that has a compassionate view of people who have been victims of sex rackets,” the minister said.

Besides prevention, rescue and rehabilitation, the bill covers aggravated forms of trafficking such as forced labour, begging and marriage.

“Begging is an aggravated crime. Often we see at traffic lights women begging while holding a baby, which is drugged, and sleeping and is being fed milk. They are hired on an hourly or daily basis,” Ms Gandhi said.

Participating in the discussion, Congress MP Shashi Tharoor said the bill has been drafted “by the bureaucracy, for the bureaucracy” and the victims are the “least priority” in the bill.

Replying to Mr Tharoor, the minister said the draft bill has been in the public domain for over a year and the Congress MP had not “shared his wisdom” so far.