A person residing in J&K for, at least, fifteen years is eligible to be a domicile of the Union Territory. 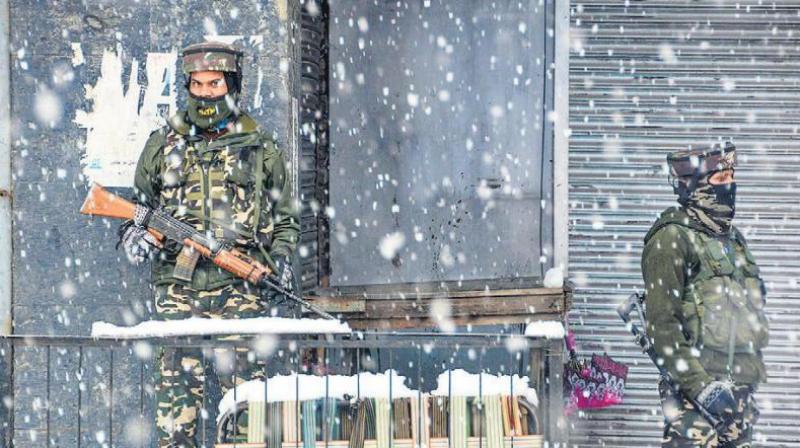 SRINAGAR: Jammu and Kashmir’s two major regional mainstream parties People’s Democratic Party (PDP) and National Conference (NC) and separatist amalgam Hurriyat Conference on Friday termed the issuance of domicile certificates to non-locals as the first major step towards changing the demography of the Muslim-majority region what they alleged planned by the government at the behest of the RSS.

The strongly worded statements from these parties warning the Centre and the local administration of the grave consequences of the “ill-advised, arbitrary and dishonest” move came after reports that an IAS officer from Bihar is among a large number of non-permanent residents of Jammu and Kashmir who have been issued domicile certificates under the new domicile law introduced in April this year.

According to these reports, Navin Kumar Choudhary, a senior Jammu and Kashmir cadre IAS officer from Bihar, was issued domicile certificate by the Tehsildar of Jammu’s Bahu revenue division, Rohit Sharma, recently on the basis of his serving in the Union Territory for a period of over ten years. “This is to certify, Shri Navin K Choudhary son of Shri Deokant Choudhary resident of at present Gandhi Nagar Jammu is a domicile of UT of J&K,” reads the document. It further says, “That the applicant is eligible in terms of the following clause of Rule 5 of the Jammu and Kashmir Grant Domicile Certificate (Production) Rules, 2020”.

The new domicile law replaced the 93-year-old 'state subject law' which barred non-permanent residents from owning land and immovable property in the erstwhile state. The reports say that after the introduction of the new law, as many as 25,000 people, many of them non-locals, have been issued domicile certificates. The document allows a non-local to get a residency certificate for education, employment and buying land in Jammu and Kashmir split up into two Union Territories of J&K and Ladakh after the Centre abrogated Article 370 of the Constitution which guaranteed a special status to the state within the Indian Union on August 5 last year. Choudhary is the first IAS officer who has been granted the domicile certificate to be the resident of Jammu and Kashmir.

The PDP alleged that the Central government is out to change J&K’s Muslim majority character, target its unique identity and facilitate loot of its resources. “The PDP has voiced its stern opposition to the domicile rules before. It reiterates that through such underhand means, the Government of India intends demographic flooding in J&K while plundering people of their identity and constitutional guarantees,” it said.

It added that the objective of population replacement “is to change the Muslim majority character of the State at a time when everything in the country is viewed through the prism of religion. As the agenda unfolds it becomes clear that along with the intended demographic change, the target is also the jobs, natural resources, cultural identity and everything that the people of Kashmir had tried to save by acceding to India with firm constitutional guarantees.”

A party spokesman added, “The special status of J&K was a matter of life and death for its people and no one had the authority to challenge the very identity of people of the state in any court across the world. The scrapping of Article 370 was a constitutional fraud which disregarded even larger national interest for the communal agenda of the ruling party, as is now becoming evident by events in and around J&K and Ladakh”.

He urged the Centre to recognize the “fallacy” of its actions in J&K and reverses its “communally driven agenda” and see the “pain” that it has caused to people of the erstwhile state “as it threatens to hurtle the entire region into an era of unending instability.”

The National Conference chief spokesperson Aga Syed Ruhullah Mehdi said the party unequivocally rejected the “unconstitutional and anti people process” of granting domicile certificates to outsiders and demanded immediate revocation of Domicile Order and Rules. He said, “All the misgivings raised after the domicile laws were changed in J&K are coming to fore with J&K government’s issuance of domicile certificates to non residents of J&K”. He added that the first casualty of this process will be jobs and the land holdings which were earlier reserved for the permanent residents of the erstwhile state, irrespective of their religion or region.

Ruhullah asserted that the measure is aimed at disempowering the permanent residents politically and economically. “Domicile Order and Rules will never be acceptable at any point of time because the measures are aimed at disempowering the people of J&K. Its implementation will push people with valid state subject certificates to uncertainty and unnecessary hardship,” he said. He pointed out that the procedure for grant of domicile certificate is made in exercise of power under the Jammu and Kashmir Reorganization Act 2019, which has been challenged in a number of petitions in the Supreme Court.

The Hurriyat Conference faction led by chief Muslim cleric Mirwaiz Umar Farooq said that while initiating the implementation of a demographic change in Jammu and Kashmir, the government is simultaneously exploiting its natural wealth and resources and rendering local people jobless, taking advantage of the situation as people are struggling with the COVID-19 pandemic and its adverse effects on their daily lives and livelihood.

What does the new domicile law say?

A person residing in J&K for, at least, fifteen years is eligible to be a domicile of the Union Territory. [Ladakh, now a separate UT, does not come under the new law]

Section 3A of the J&K Reorganisation (Adaptation of State Laws) Order 2020, under the J&K civil services (decentralisation and recruitment) Act, introduced to define domicile also says that a person who has studied for a period of seven years and appeared in class 10th/12th examination in an educational institution located in J&K is also entitled to be a domicile of the UT.

Additionally, persons registered as migrants by the Relief and Rehabilitation Commissioner (Migrants) in the UT are also included in the definition.

Children of such residents of J&K as reside outside UT of J&K in connection with their employment or business or other professional or vocational reasons” too are among the beneficiaries.

The new law authorises the Tehsildar as competent authority for issuing the domicile certificate, as opposed to deputy commissioner or any officer specially notified by the government in the erstwhile state by way of a gazette notification in the form of a SRO.