India   All India  27 Jun 2018  Can't take no for answer: Experts on stalking after Army Major wife murder
India, All India

Can't take no for answer: Experts on stalking after Army Major wife murder 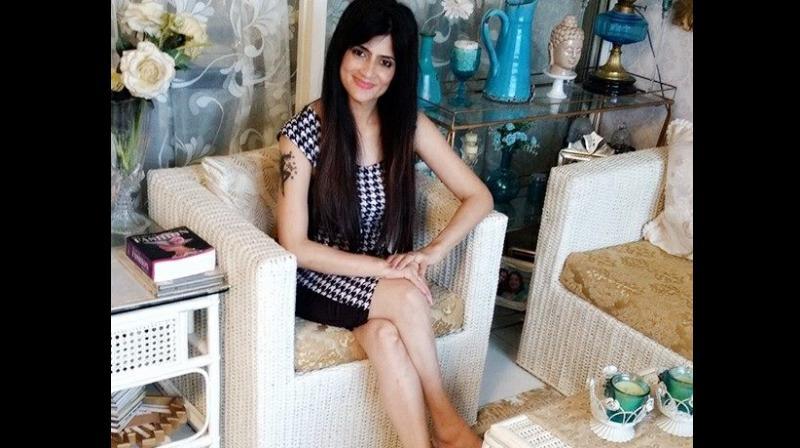 Shailza Dwivedi was found dead near a cantonment area in New Delhi with her throat slit, and her body crushed by a vehicle that had run over her several times. (Facebook Screengrab | Shailza, Mrs India EARTH MoSt Creative)

New Delhi: It was past midnight and the 29-year-old disc jockey was driving home last August in Chandigarh when two men chasing her in an SUV pulled up close, blocked her way and banged the door several times.

A terrified Varnika Kundu managed to drive away and save herself from the stalkers who had allegedly harassed her in the past too.

According to the National Crime Records Bureau, thousands of women fall victim to stalkers every year in India, suffering trauma and humiliation while living in constant fear.

They are the lucky ones.

The less fortunate are physically scarred in acid attacks by their stalkers or raped. Some pay with their lives, as did Shailza Dwivedi, the wife of an Army Major Amit Dwivedi who was killed on Saturday in New Delhi, allegedly by another Army Major, Nikhil Handa, who was said to be "obsessed" with her.

Senior psychiatrist Nimesh Desai told PTI that stalking leads to more gruesome crimes like murder when an individual is unable to "recognise the boundary".

"He refuses to take a 'no' as a 'no'. The nature of crimes become heinous when the accused has higher degrees of fear of rejection and is incapable of tolerating the frustration of not getting what he wants," said Nimesh Desai, the director of New Delhi-based Institute of Human Behaviour and Allied Sciences.

In 1996, Priyadarshini Mattoo, a 25-year-old law student in New Delhi, was raped by her college senior, who then strangled her with a wire because he was unable to accept her rejection. The man, who is the son of a senior police official, was sentenced to death but the punishment was commuted to life imprisonment.

Last year, a stalker killed 17-year-old Ragini Dubey in Uttar Pradesh, also by a suitor who couldn't handle being rejected in Uttar Pradesh's Ballia district. According to court records, Prince Tiwari, the son of a village headman and a Class 12 dropout, stalked Dubey for a couple of months, before stabbing her and slitting her throat on her way to school.

Shailza Dwivedi was found dead near a cantonment area in New Delhi with her throat slit, and her body crushed by a vehicle that had run over her several times. Hours later, police arrested Army Major Nikhil Rai Handa who was known to Dwivedi and her husband since 2015.

Despite being married with children, Nikhil Handa wanted to marry Shailza Dwivedi, said Deputy Commissioner of Police Vijay Kumar. He said Handa had made over 3,000 calls to her since January.

Also Read: Army Major made over 3,300 calls in 6 months with fellow's wife he killed

Stalking is an outcome of a sense of male entitlement that a woman cannot refuse them, said secretary of All India Progressive Women's Association Kavita Krishnan.

She said it was the trivialisation of stalking as a crime in India that encourages stalkers to pursue a woman to the extent of harassment and in a number of cases rape and murder.

Last year, after Varnika Kundu went public with her complaint, Chandigarh police arrested Vikas Barala, the son of the Haryana BJP chief, and his friend, Ashish Kumar, who are both on trial for attempting to kidnap. But the incident was soon made light of when Union Minister Babul Supriyo likened the offence to a reel life "boy-chase girl" scenario.

Kavita Krishnan suggests social education of boys and men at schools and other institutions was the way forward.

"The social backing to such actions should be prevented. People must know that stalking is completely unacceptable and must not make excuses for it," the gender activist told PTI.

Supreme Court lawyer Ravi Kant said the "low priority issue" treatment of stalking complaints by police was to blame for turning stalkers into rapists or murderers, which is what happened with Mattoo and Dubey.

They had both sought the police's help but in vain.

According to Ravi Kant, law enforcement in the prevention of crime is not taken seriously, and the police act only after a tragedy happens.

"They don't take stalking complaints seriously, which is why a lot of victims don't come forward fearing a negative response," the human rights activist said, adding that there was an immediate need for all police headquarters to book and monitor offenders.

To encourage women to report the offence, the Delhi police has set up round the clock functional women help desks where victims can freely share their ordeals and even file FIRs.

Any form of harassment can also be brought to the police's notice through the anti-stalking help-line and anti-obscene help-line, Delhi police spokesman Madhur Verma said.

"Most of the times the accused is a delusional lover who believes the woman shares mutual feelings. So, in several cases, the stalking stops after the first warning," he said.

He noted that a large number of stalking incidents do not come to light because victims refrain from complaining fearing social stigma if their families find out.

"It has often been found that in cases where stalking leads to more serious crimes, it was not reported in the initial stages," Verma said. "Once the crime is reported, we can take the required action."

Dwivedi had not filed any prior complaint against Handa.