With the fresh arrests, the total number of arrested people in the case has gone up to eight. 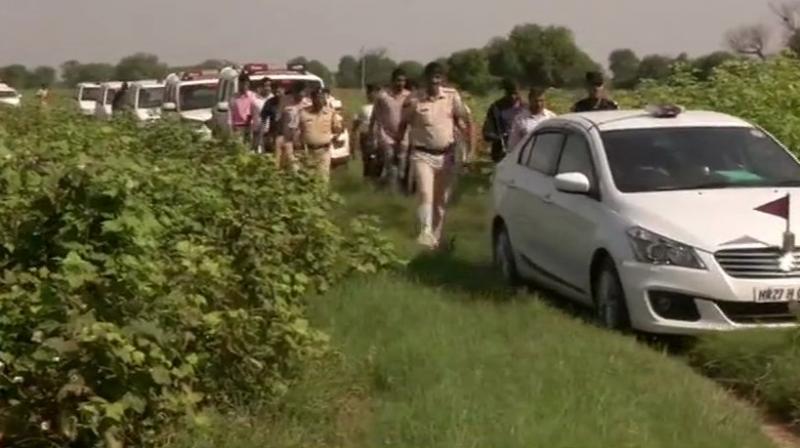 The SIT had said that during investigations, Nishu's role has emerged as 'mastermind' in the case. (Photo: ANI | Twitter)

Chandigarh: A special investigation team of the Haryana Police, probing the case of gang rape of a 19-year-old woman, arrested three more people, including an Army man, on Tuesday for allegedly helping the key accused and failing to report the matter to police despite having knowledge about it.

Army man Navin alias Nikku was nabbed by the SIT from Odisha, the police said. They said that two more accused - Abhishek from Mahendragarh and Manjit from Rajasthan - were arrested on Tuesday evening.

With the fresh arrests, the total number of arrested people in the case has gone up to eight.

Abhishek and Manjit have been charged with providing shelter, food, monetary help, besides a motorcycle, to key accused Manish and Pankaj, who were arrested on Sunday. The police said Navin "is a government employee and was also present at the spot where the incident took place. Despite knowing about this, he did not inform the police". Navin joined the force earlier this year and was undergoing training in Odisha, they said.

Police said that another key accused Nishu, who was arrested earlier, has been sent to judicial custody by a court in Mahendragarh on Tuesday on the expiry of his police remand, which had been extended twice.

On Sunday, Army man Pankaj and Manish were arrested from Satnali in Mahendragarh district. Nishu was arrested on September 16, along with two other accused. After their arrest, the SIT had said that anyone who might have sheltered the accused during the period they remained on the run will also have to face action.

The SIT had said that during investigations, Nishu's role has emerged as "mastermind" in the case.

Among other arrested accused Sanjeev was a medical practitioner who had attended to the woman first after the crime and Deendayal was the owner of the property where she was allegedly gang-raped, police had said.

The woman was abducted from a bus stop, on September 12 while she was on the way to a coaching class, the police had earlier said. She was allegedly drugged and gang-raped at a room housing a tubewell for irrigation.

The survivor's mother, while demanding capital punishment for the prime accused, had earlier told reporters that her daughter was in "acute trauma" after the incident.