According to police, they were on their way to deliver beef consignment in Delhi. 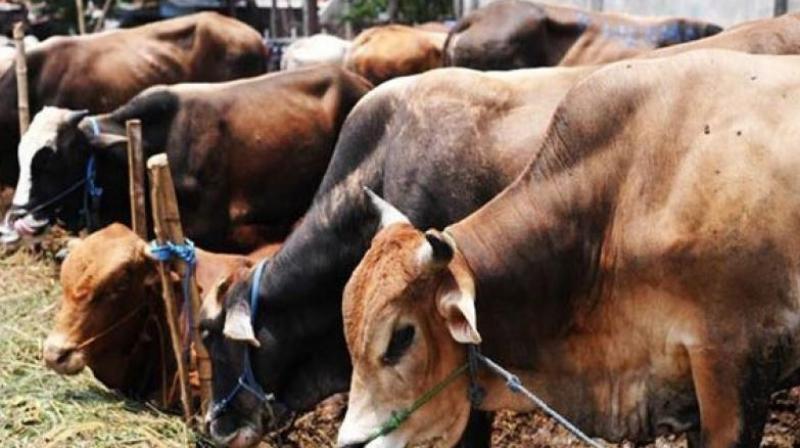 Out of four, two accused Shathil Ahmad and Tayaid were thrashed by mob and were later arrested. (Photo: Representational)

Gurgaon: Intercepted by ''cow protection unit'', two man were allegedly beaten by mob in suspicion of smuggling beef in Haryana's Gurgaon on Tuesday.

Savita Kataria, the person who led the group said that near Islampur village, 3 km from Gurgaon, two pickup vans were spotted and villagers went rampage after "they saw beef inside the vehicles".

Out of four, two accused Shathil Ahmad and Tayaid were thrashed by mob and were later arrested. A search for two others, who fled the spot is on, said Gurgaon police PRO Subhash Bokan, news 18 reported.

According to police, they were on their way to deliver beef consignment in Delhi.

"We have registered an FIR under various sections of the Haryana Gauvansh Sanrakshan and Gausamvardhan Act, 2015," the police added.