India   All India  26 Apr 2020  So is Telangana betting on herd immunity?
India, All India

So is Telangana betting on herd immunity?

In a sudden policy switch two days ago, health officials stopped testing secondary contacts unless they had covid-19 symptoms 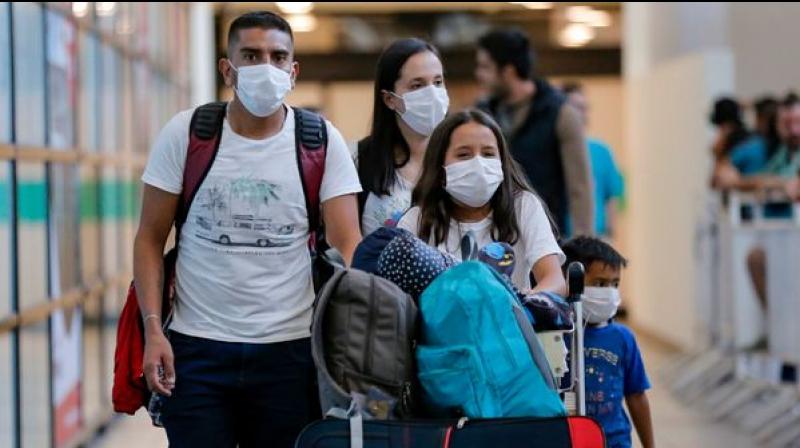 Authorities are hoping that the current trend of about 80 per cent of the coronavirus-infected people now in hospitals being asymptomatic and recovering on their own will also stand good in the overall population. (Representational image)

Hyderabad: Telangana appears to be betting on 'herd immunity' to see itself through what it perceives as the worst of the Covid-19 epidemic.

Authorities are hoping that the current trend of about 80 per cent of the coronavirus-infected people now in hospitals being asymptomatic and recovering on their own will also stand good in the overall population.

Efforts are being made to protect vulnerable groups — those over 65 years old, children and people with existing serious or chronic medical conditions — from the disease.

Though pushing the population towards herd immunity is not the officially stated policy, either by the Centre or the state, the restrictions on testing people for Covid-19 indirectly appears to be geared to achieve just that.

Authorities here say the current testing procedures, restricting the tests to those who exhibit Covid-19 symptoms and to primary contacts of those who have tested positive so far, is in line with Indian Council of Medical Research (ICMR) guidelines on testing.

It was on Wednesday that the state government issued instructions stopping all testing on secondary contacts of patients unless someone begins exhibiting Covid-19 symptoms. With authorities saying that with everyone — foreign and Nizamuddin congregation returnees and their primary contacts — already tested in the state, this approach is expected to see fewer fresh cases in the days to come.

This is because secondary contacts, people who were in contact with individuals who in turn were primary contacts of either those who returned from abroad earlier, or the 1,500-odd Nizamuddin returnees, will no longer be tested in Telangana unless he or she displays Covid-19 symptoms.

So far, Telangana has conducted about 18,200 RT-PCR (real-time polymerase chain reaction) tests which are the accepted standard for determining coronavirus infections in individuals. The current approach is said to be geared at conserving testing resources for possible future needs.

Officials, however, said that the policy now in place does not mean that no new testing will be done. As and when needed, based on a possible Covid-19 patient's symptoms, tests will be conducted, his or her contacts traced and follow-up action will be taken, officials said.