India   All India  26 Feb 2018  Megastar Sridevi's body to be flown in from Dubai today for last rites
India, All India

UAE Media reports stated that autopsy was completed and the family is awaiting laboratory reports. 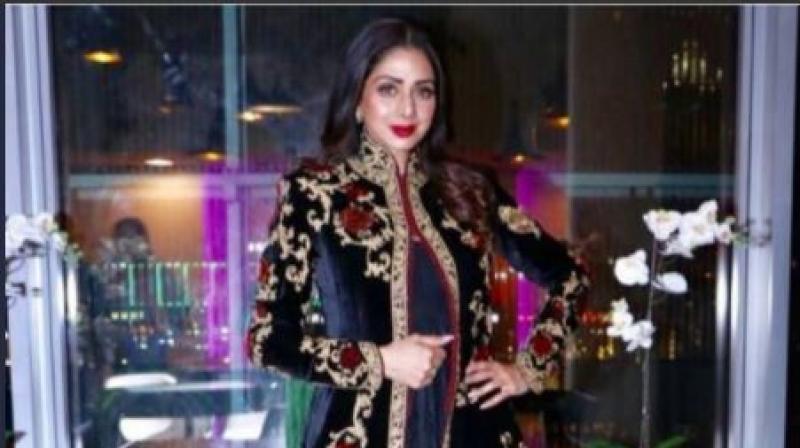 Sridevi, 54, died late Saturday night reportedly due to a cardiac arrest in Dubai, where she had gone to attend the wedding of her nephew Mohit Marwah. (Photo: Twitter/ @SrideviBKapoor)

Mumbai: Veteran actor Sridevi’s mortal remains will arrive in India from Dubai on Monday, her family said in a statement.

Sridevi, 54, died late Saturday night reportedly due to a cardiac arrest in Dubai, where she had gone to attend the wedding of her nephew Mohit Marwah.

“Boney Kapoor, Janhvi, Khushi and the entire Kapoor, Ayyappan and Marwah family is deeply bereaved and shocked with the untimely loss of Sridevi Kapoor," the statement, issued this evening by the Yash Raj Films (YRF) on behalf of the family, said.

"They thank the entire media for their prayers, support and sensitivity during their time of grief. Late Sridevi Kapoor’s body will arrive in India tomorrow,” it said.

The mortal remains are expected to be brought by a chartered flight.

Earlier, media reports in the UAE had also said that her body would be brought to India on Monday.

The Khaleej Times reported, citing UAE officials, that Sridevi's autopsy had been completed and the family is now awaiting laboratory reports conducted by the General Department of Forensic Evidence.