India   All India  25 Oct 2017  Interlocutor to decide whom to talk to in J&K, says Rajnath Singh
India, All India

Interlocutor to decide whom to talk to in J&K, says Rajnath Singh

Mr Sharma, a former IB director, was appointed by the government as its representative on Monday to initiate a dialogue with all stakeholders in J&K. 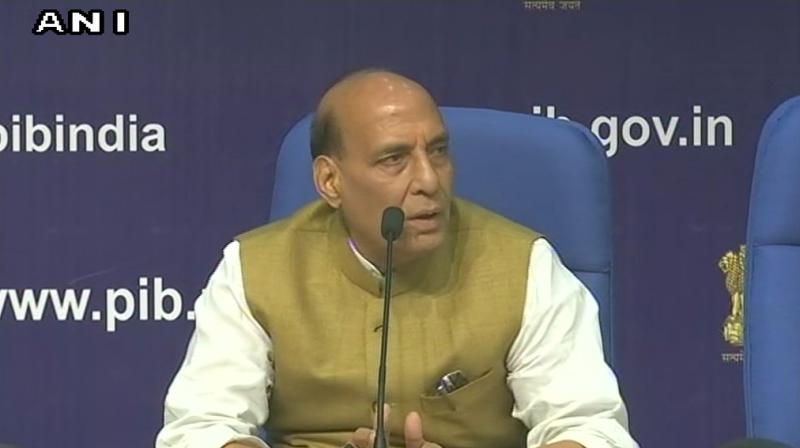 New Delhi: Union home minister Rajnath Singh on Tuesday said that the newly-appointed interlocutor for Jammu and Kashmir, Dineshwar Sharma, would decide who he engages with in the state.

Speaking to reporters, Mr Singh said, “It depends on him who he talks to or engages with.”

While Congress said that it doubted the “intent” of the NDA government in resolving the Kashmir issue and alleged that it appointed an interlocutor towards the fag end of its rule “only for publicity.”

Leader of Opposition in the Rajya Sabha, Ghulam Nabi Azad, said Congress and several other Opposition parties had asked the government to talk to all stakeholders to resolve the “political issue” in the valley through confidence-building measures rather than “hot pursuit” and that it “wasted” three- and-a-half years during which many precious lives were lost.

Mr Azad added, “We are not opposing the decision of the government. But they have done this at the fag end of their tenure. This is only for publicity. This government has no Kashmir policy. They have no policy on demonetisation, GST, farmers’ issues, and unemployment. We doubt their intent as they have no policy.”

J&K deputy chief minister Nirmal Singh, said that talks could be held with the separatists and that they should come forward with their grievances with an open mind. He added that Mr Sharma has been given the mandate to decide.

Mr Singh added, “If there are grievances, they should be placed on the table with an open mind and there are no preconditions. Talks should be held and what would happen would be decided later.”

Mr Sharma, a former IB director, was appointed by the government as its representative on Monday to initiate a dialogue with all stakeholders in J&K.