Himachal Pradesh CM said the group of 50 trekkers which include IIT-Roorkee students are safe in Sissu area of Lahail-Spiti. 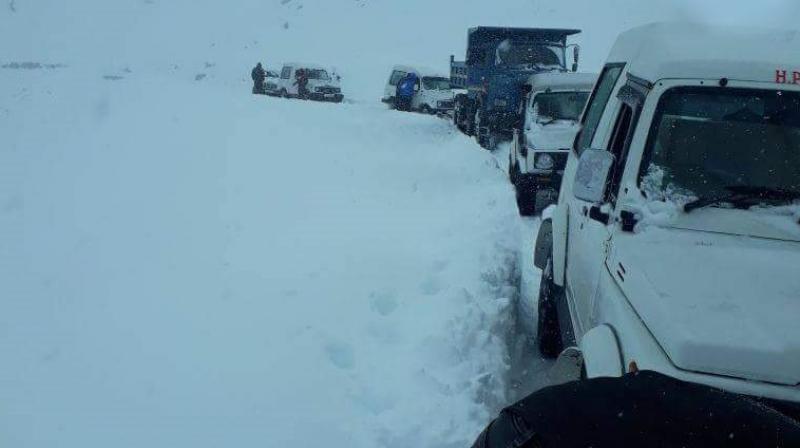 Most parts of Himachal Pradesh have witnessed heavy rain and snowfall. (Photo: ANI)

Shimla: All fifty trekkers, including 35 students of Indian Institute of Technology (IIT) Roorkee, who had gone trekking in Himachal Pradesh's mountainous Lahaul and Spiti district, are stranded due to bad weather. Himachal Pradesh Chief Minister Jai Ram Thakur said all of them are safe.

Earlier, Rajvir Singh, father of one of the students, told ANI that the group had gone for trekking to the Hampta pass in Kullu and was supposed to return to Manali, the popular tourist hub. However, they have been unable to contact the group so far.

Most parts of Himachal Pradesh have witnessed heavy rain and snowfall. At least five people were killed and many have been injured in separate incidents as heavy rain pounded Kullu, Kangra and Chamba districts on Monday, the officials said.

Schools have been directed to remain closed in Kangra, Kullu and Hamirpur districts on Tuesday as a precautionary measure.