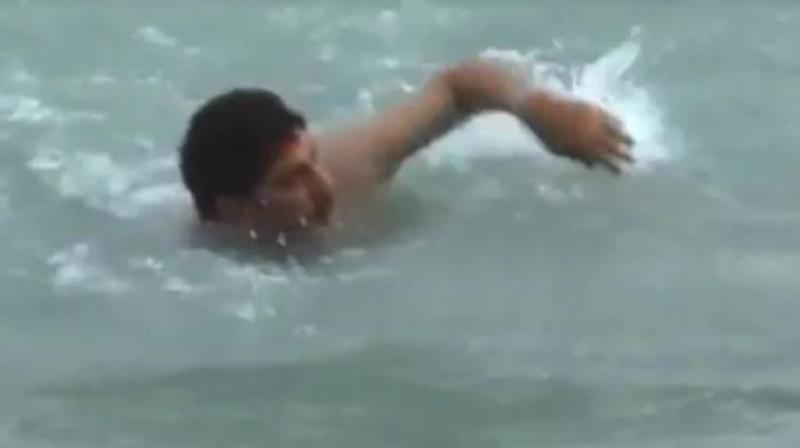 Hisar: Haryana BJP president Subhash Barala responding to ‘Hum Fit Toh India Fit’ campaign posted a video on Twitter of himself jumping into a canal in Fatehabad district to promote swimming which is a healthy way of exercise.

According to a report, the 35 seconds video was shot from two different angles and posted on Barala’s Twitter handle. Till Tuesday evening, the video had 200 views, 7 comments, 17 re-tweets and more than 80 likes.