Arun Jaitley had been unwell for sometime, the reason why he excused himself from Prime Minister Narendra Modi’s second cabinet. 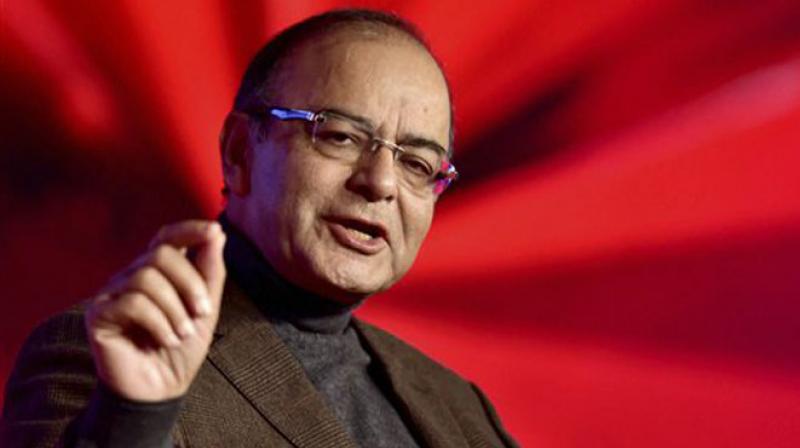 He is survived by his wife Sangeeta Jaitley and two children, Rohan and Sonali.

Arun Jaitley had been unwell for some time, the reason why he excused himself from Prime Minister Narendra Modi’s second cabinet.

In 2018, he took a three-month sabbatical to undergo a kidney transplant, following which he was put under isolation.

Earlier, in 2014, Arun Jaitley underwent bariatric surgery to correct the weight he had gained because of a long-standing diabetic condition.

With the rise of the Modi government, Jaitley became Finance Minister (2014-2019) with the additional charge of the Defence Ministry.

As finance minister, he brought about several reforms -- adherence to financial prudence was key during his tenure.

He introduced the Goods and Services Tax (GST) and the stringent Insolvency and Bankruptcy Code (IBC). During his tenure, he brought inflation down from 7.2 pc to 2.9 pc.

He dealt with banks’ non-performing assets (NPA) with a strict hand. Jaitley was the mastermind behind the growth of Jan Dhan accounts -- a step towards financial inclusion which found its way in The Guinness Book of World Records.

Jaitley was active in politics since college when he became the students' union leader.

From there it was an onward journey for him as he kept embarking on prominent roles. He contested and won the election as an Akhil Bhartiya Vidyarthi Parishad (ABVP) candidate, which is the RSS students’ wing.

In 1977, he was appointed the president of Delhi ABVP and All India Secretary of the ABVP. He also practised law from 1977 in the Supreme Court and several High Courts.

In 1980, he was made the President of the Youth Wing of BJP and secretary of Delhi Unit. He worked on the contentious Bofors' scandal as Additional Solicitor General (ASG) of India in 1990.

He became the spokesperson for BJP in 1999 just before general elections and took over as the minister of state (MoS) Dept of Information and Broadcasting.

In addition to this he headed the Ministry of Law, Justice and Company Affairs. He was also in charge of the newly formed Department of Disinvestment.

In 2000, he was made a member of Rajya Sabha for the first time from Gujarat and was appointed the Ministry of Law, Justice and Company Affairs and headed of Ministry of Shipping.

He was appointed Union Cabinet Minister in November 2000. He is known to have implemented many amendments to CrPC and the Companies Act.

He left the cabinet for a year when he was the general secretary of BJP in 2002 and national spokesperson in 2003.

He rejoined the cabinet as minister of commerce and industry, law and justice till May 2004.

Jaitley practised law until 2009 after which he started concentrating more on his political duties as a leader of opposition in Rajya Sabha.

As Leader of Opposition (2009-2012), he played on the front foot to bring in the Women Reservation Bill in Rajya Sabha and supported Anna Hazare for Jan Lokpal Bill.

He was also appointed the Vice President of  BCCI but resigned in 2013 during the IPL match-fixing scandal.