Adityanath had formed the committee on August 12, a day after the deaths of children were reported at the hospital. 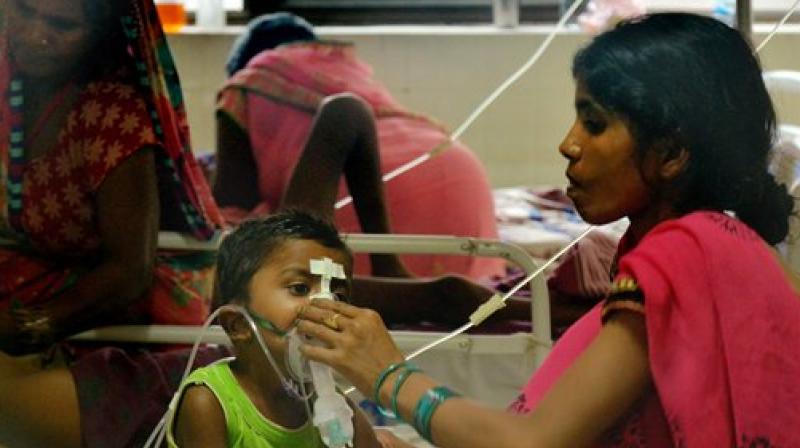 At least 72 children died due to alleged lack of oxygen supply. (Photo: PTI)

Lucknow: An FIR has been registered against nine persons, including the former principal of Gorakhpur-based BRD Medical College, in connection with the deaths of over 60 children there due to alleged lack of oxygen supply, police said on Thursday.

The proprietors of M/s Pushpa Sales, the company responsible for the supply of liquid oxygen, have also been named in the FIR.

Besides, the state government has transferred Additional Chief Secretary (Medical Education) Anita Bhatnagar Jain in connection with the tragedy, an official spokesperson said.

A probe committee, headed by the state chief secretary, had on Wednesday submitted its report on the deaths to Chief Minister Yogi Adityanath.

The case has been transferred to Gorakhpur, he said.

The committee had also recommended action under the Prevention of Corruption Act against Dr Rajiv Mishra, Dr Poornima Shukla, staff of accounts department of the medical college and chief pharmacist Gajanan Jaiswal.

It had also called for a special CAG audit of the medicines and chemicals purchased by the medical college in the past three years.

Recommendations were also made to initiate criminal action against Dr Khan for concealing facts and filing false affidavit and working against the rules of the Indian Medical Council.

The chief minister, while accepting the report, had ordered immediate action against all the guilty officials and staff.

Adityanath had formed the committee on August 12, a day after the deaths of children were reported at the hospital.

Rajneesh Dubey, who is presently principal secretary revenue, would be holding the additional charge of the medical education department.