India   All India  24 Jul 2019  Govt approves creation of buffer stock for 40 lakh metric tonnes of sugar for a year
India, All India

The reimbursement under the scheme would be met on a quarterly basis to sugar mills which would be directly credited into farmers' account. 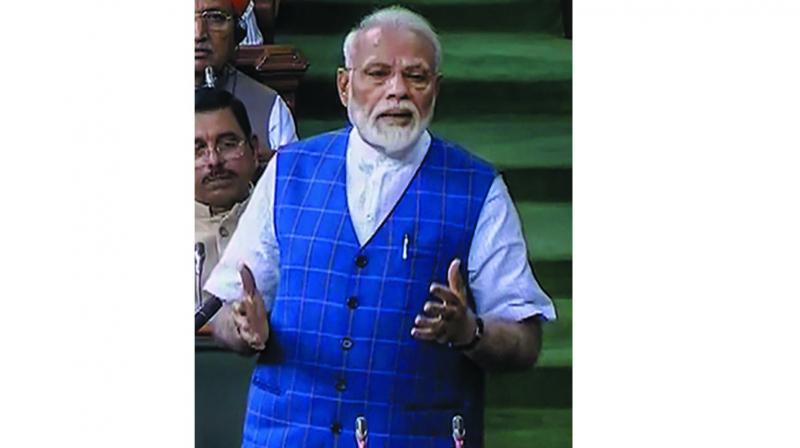 The decision of approving a buffer stock is to maintain demand-supply balance and to stabilise sugar prices, according to an official statement. (Photo: File)

New Delhi: The Union Cabinet on Wednesday approved the creation of a buffer stock of 40 lakh metric tonnes (LMT) of sugar for one year from August 1, 2019, to July 31, 2020. The government will spend an estimated Rs 1,674 crore for this purpose.

The decision of approving a buffer stock is to maintain demand-supply balance and to stabilise sugar prices, according to an official statement.

"However, based on the market price and availability of sugar, this may be reviewed by the Department of Food and Public Distribution any time for withdrawal or modification," it said.

The reimbursement under the scheme would be met on a quarterly basis to sugar mills which would be directly credited into farmers' account on behalf of mills against cane price dues and subsequent balance, if any, would be credited to the mill's account.

The decision will lead to an improvement in the liquidity of sugar mills, reduction in sugar inventories, stabilisation in sugar prices by alleviating of price sentiments in the domestic sugar market and thereby facilitate the timely clearance of cane price dues of farmers.

"It will also create benefits for sugar mills in all sugarcane-producing states, by way of clearing sugarcane price arrears of sugar mills," the statement said.

In the wake of sugar production during sugar season 2017-18 (October-September) and sugar season 2018-19, and given the over-leveraged position in the industry and liquidity crunch, interventions have been taken from time to time by the government to improve liquidity of the sugar mills, enabling them to clear cane price arrears of farmers and also to stabilise sugar prices in the domestic market.

The creation of a buffer stock of 30 LMT of sugar for one year from July 1, 2018, to June 30, 2019, was one of the various interventions which were made by the government.

Accordingly, the scheme for creation and maintenance of buffer stock was notified on June 15 this year.

The buffer subsidy scheme announced in 2017-18 expired on June 30 this year. However, the ensuing sugar season 2019-20 is likely to commence with a huge carryover or opening stock.