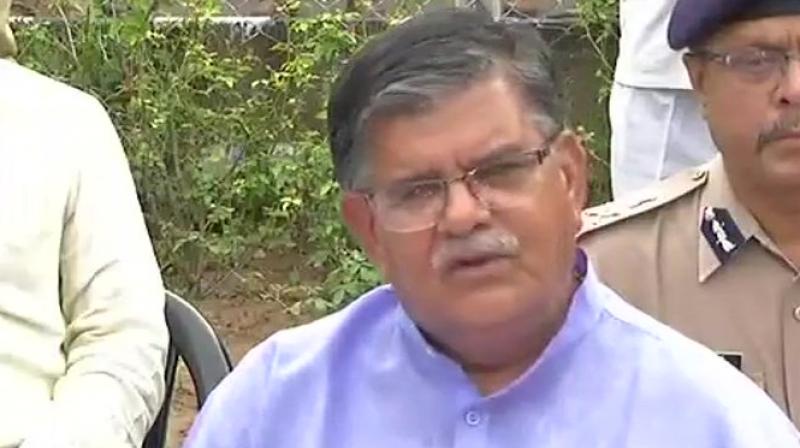 Rajasthan home minister Gulab Singh Kataria said he met the victim's family and they told him that they were satisfied with the action taken so far. (Photo: Twitter | ANI)

“Evidence that we have collected suggests it is a custodial death. The time they wasted was the cause of death,” Gulab Chand Kataria told reporters after inspecting the spot in Alwar where Akbar was lynched.

“After investigating we have found out that the cows were first dropped off at the gaushala (shelter). They shouldn't have done that,” Kataria added.

The Rajasthan home minister said he met the victim's family and they told him that they were satisfied with the action taken so far.

“I told them (family of Akbar) to come and meet me whenever they want if they want to tell me something more,” he added.

Akbar Khan and his friend Aslam were attacked late on Friday night by villagers over suspicion of cow smuggling. Akbar was beaten with sticks and stones while his friend managed to escape.

Akbar was taken to the hospital by the police three hours after the attack. The police team taking him, first arranged to transport the cows to a shelter and even took a tea break before reaching the hospital.

When Akbar reached the hospital, doctors declared him dead on arrival.

According to the autopsy report, Akbar died of shock as a result of his injuries.

"There were injuries on the body ... internal bleeding lead to the death," said Rajeev Gupta, one of the doctors who performed the autopsy.

The injuries were caused by a blunt weapon or object, said the report. There were seven-eight fractures on his body.

The delay by the police in taking him to hospital is being investigated.

Action has been taken against three policemen. Assistant sub-inspector Mohan Singh was suspended and two constables have been shifted to Police Lines.

Amid countrywide outrage over mob killings, the Centre said a group of ministers led by Union Home Minister Rajnath Singh would study the recommendations of a high-level panel to discuss ways to stop the attacks and then submit a report to Prime Minister Narendra Modi within four weeks.