The civil aviation minister said that Noida International Airport will cater to 30-50 million passengers per year over the next 10-15 years. 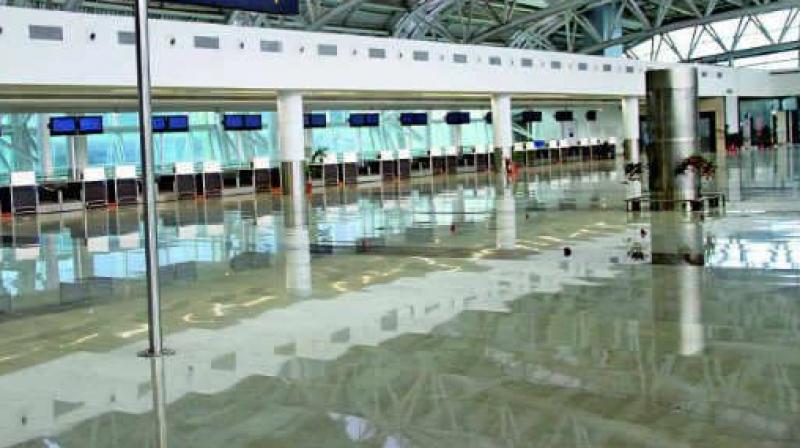 The proposed airport will come up at Jewar near the 165-km Yamuna Expressway. (Photo: Deccan Chronicle/Representational)

New Delhi: The Centre has granted approval for a Greenfield International Airport at Jewar in Greater Noida.

Civil Aviation Minister Ashok Gajapati Raju on Saturday said, "We have granted approval for the Greenfield International Airport at Jewar, Greater Noida, to cater to growing flying requirements of NCR".

He added that Noida International Airport will cater to 30-50 million passengers per year over the next 10-15 years.

The proposed airport will come up at Jewar near the 165-km Yamuna Expressway.

"The Jewar airport will be the cargo hub of the country apart from catering to domestic and international traffic," Singh said.

The proposal for the airport was first given by then UP chief minister and now Union Home Minister Rajnath Singh in 2001, but did not yield results as successive state governments failed to show interest.

The Bharatiya Janata Party (BJP) had promised to develop airport at Jewar in its election manifesto. After Yogi Adityanath took the reins of Uttar Pradesh, he ordered the work on the project to be expedited.

As a result, RITES Limited, the consulting arm of Indian Railways, has conducted an Obstacle Limitation Survey (OLS) in May.