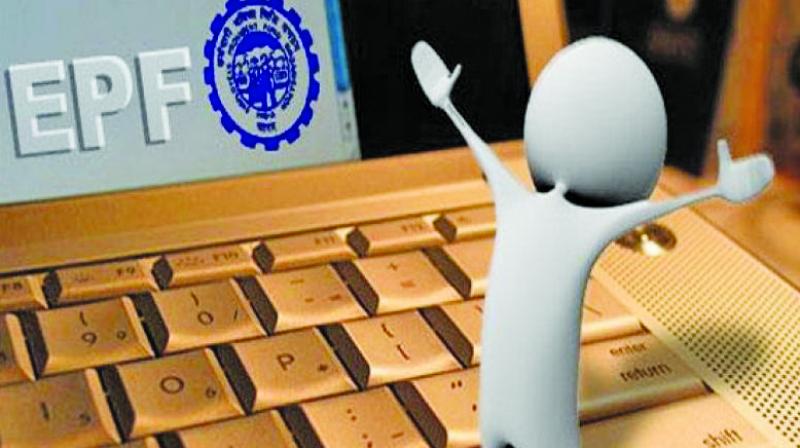 Sources aware of the development said that once the Cabinet Secretariat clears the proposal, it will be sent for the approval of the Union Cabinet.

New Delhi: Aiming to provide social security to lakhs of unorganised workers, and increase the coverage and compliance for these workers across various sectors, the government proposes to comprehensively amend the EPF and Miscellaneous Provisions (MP) Act of 1952.

The proposal, according to highly-placed sources, has been sent to the Cabinet Secretariat with the intervention of the PMO. According to the proposal, establishments employing persons between 10 and 19 persons will be brought under the ambit of the legislation to provide them social security benefits.

Sources aware of the development said that once the Cabinet Secretariat clears the proposal, it will be sent for the approval of the Union Cabinet.

If this proposal gets approval, then it will help in extending social security to a large number of workers in the unorganised sector, sources added.

The PMO had been quite keen to ensure the changes in the legislation to extend the benefits of social security to a huge chunk of unorganised sector workers, therefore, the entire process has been fast-tracked, sources added.

Also the government plans to increase the coverage and compliance for unorganised workers in the construction industry.

This, sources informed, is regularly being monitored by the sub-committee of the Central Board of Trustees of the Employees Provident Fund (EPF) on construction workers.

The chief concern which has driven this move is the fact that majority of workforce in India is working in the unorganised sector and that the Centre’s welfare schemes should have implicit provisions for covering these workers.

According to a survey conducted by the National Sample Survey Organisation (NSSO) in 2009-10, the total employment in both organised and unorganised sectors in the country was approximately 46.5 crores. Out of this, only 2.8 crore was in the organised sector, while the remaining 43.7 crore workers were working in the unorganised sector.

Therefore to extend benefits to such a large chunk of workers in the unorganised sector was considered essential to give weight to the NDA Government’s slogan of “Sabka Saath Sabka Vikas”, official sources said.