She points out that women started getting inducted in the Army since 1993 and “we have come a long way”. 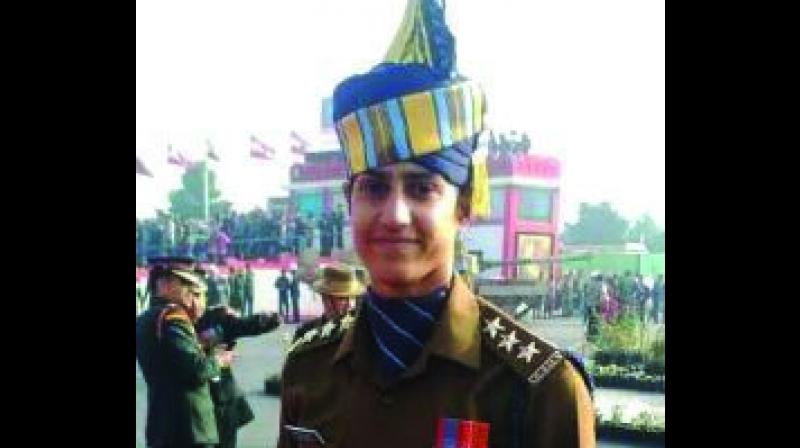 New Delhi: Captain Tania Shergill, who will be leading the Army’s Corps of Signals on Republic Day, said if women are given a combat role in the Indian Army “we are up for it.”

Capt. Shergill, a fourth-generation Army officer, is the first Indian woman officer who lead an all-men contingent on Army Day on January 15 this year.

She points out that women started getting inducted in the Army since 1993 and “we have come a long way”. “Things in Army happens gradually. Nothing happens overnight. So I am very sure, in the near future, things are only going to get better and we are going to get more opportunities,” Capt. Shergill told this newspaper in an interaction.

On women breaking the last bastion and wearing combat fatigues she said: “It all depends on the seniors in the hierarchy. Whatever opportunities that will be given to us, we are up for it.”

She said that getting into Army was a dream come true. “Ever since I was a little child I have always seen my father wearing a uniform and I used to get passionate about it. I always used to think that one day I want to earn  a uniform for myself also,” she said.

She joined Officers Training Academy (OTA), Chennai, in April 2016 and was commissioned on March 2017.

“Lady cadets as well as gentleman cadets are trained equally for one year in our respective academy. The physical standards are something you have to, come up to. The academy makes you mentally tough,” said Capt. Shergill.

On leading the contingent on Republic Day, she said that you feel proud whether you are male or female officer. “You feel proud when your Corps gives you an opportunity to command a regiment. It gives you a sense of responsibility and you feel worthy. You feel grateful and blessed.”