India   All India  23 Jul 2020  Rahul takes a potshot at Modi, says one man's vision cannot be a substitute for a national vision
India, All India

Rahul takes a potshot at Modi, says one man's vision cannot be a substitute for a national vision 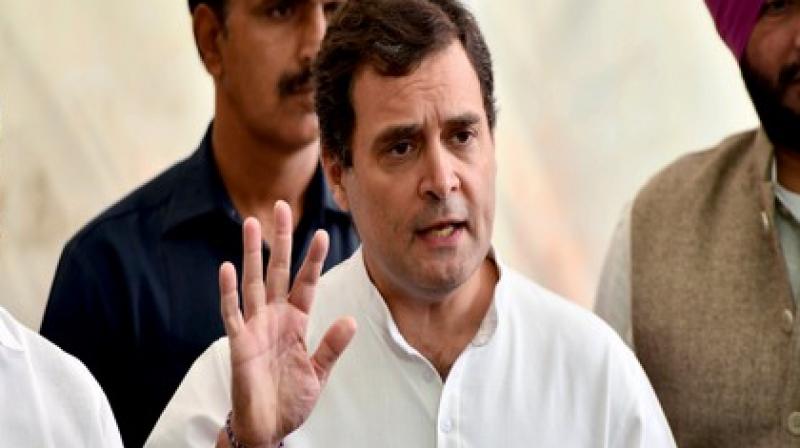 New Delhi: Congress leader Rahul Gandhi on Thursday alleged that Prime Minister Narendra Modi was busy building his own image, and noted that one man's vision cannot be a substitute for a national vision.

Gandhi's attack on the prime minister came as part of a series launched by him on Twitter, where he seeks to explain the India-China conflict at the border.

The Congress leader said there is no clear-cut vision for the country going forward.

He had earlier accused the prime minister of only being bothered about his image and the BJP had hit back at him alleging that he is indulging in "mudslinging".

BJP president J P Nadda had accused Gandhi of attempting to politicise defence and foreign policy matters, saying it shows one dynasty''s desperation to wash their past sins of 1962 and weaken India.

The former Congress chief said one has to deal with the Chinese psychologically from a position of strength and if they sense weakness, "then you had it".

"PM is 100% focused on building his own image. India''s captured institutions are all busy doing this task. One man''s image is not a substitute for a national vision," he said on Twitter along with a two-minute video on the Chinese aggression at the LAC.

Gandhi said he is agitated because he can see a huge opportunity being lost by India.

"We are fighting amongst each other. Just look at the politics. All day long; all day long; Indian is fighting Indian. And, it is because there is no clear cut vision going forward," he noted.

The Congress leader said he knows that the prime minister is his opponent and it is his responsibility to question him.

Explaining how to respond to China, he said the first thing is you should not take on China without a vision.

He said the Belt and road initiative by China is an attempt to change the nature of the planet.

"India has to have a global vision. India now has to become an idea. And, it has to become a global idea. So that''s the thing that''s going to protect India, (it) is actually thinking big," he said.

Gandhi has launched a series of videos through social media platforms while speaking on the India-China border conflict.