Reports said the victim was in police custody for 3 hours 45 minutes before being taken to a hospital. 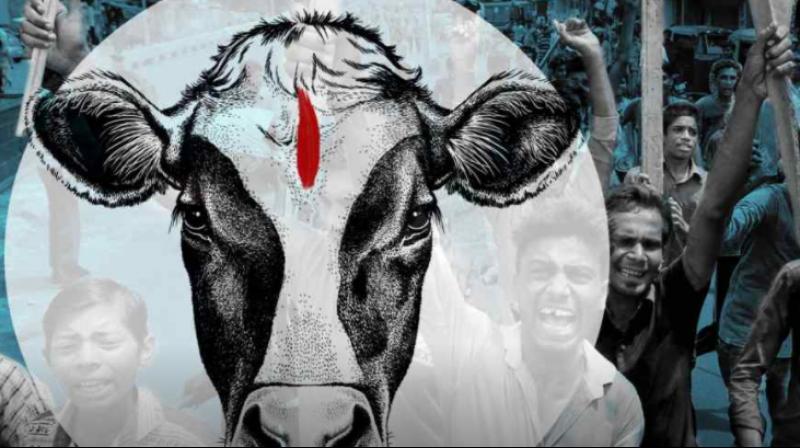 The two cows recovered from the victim were seemed to be the police’s priority. (Photo ;PTI | Representational)

New Delhi: The Ministry of Home Affairs on Monday sought a report from the Rajasthan government on lynching of a 28-year-old man over suspicion of cow smuggling.

Akbar Khan, a resident of Kolgaon in Haryana, and his friend were allegedly attacked when they were taking two cows to their village through a forest area near Lalawandi village in Alwar late on Friday night.

A profusely bleeding Akbar was taken to hospital but doctors declared him brought dead. However, his friend managed to escape from the location.

Three people have so far been arrested in connection with the case.

Meanwhile, eyewitnesses have alleged a foul play by the police in the lynching incident.

One of the eyewitnesses said that the police stopped outside his house and thrashed the victim.

According to reports, police delayed in taking the victim to the hospital and he was in police custody for 3 hours 45 minutes before being taken to a hospital.

The two cows recovered from the victim were seemed to be the police’s priority. Instead of taking the victim to hospital, the police took the two cows to a cow shelter 10 km away a good one hour before Khan was brought to the health centre, dead.

The incident raised questions over the government that has earlier held the state governments responsible for the lynching incidents.

Congress president Rahul Gandhi slammed the BJP government after the reports of delay in police action.

Taking to Twitter, the Congress chief said that humanity has been replaced with hatred in Prime Minister Narendra Modi’s brutal “New India” citing a media report.