Indian High Commissioner Ajay Bisaria had to return despite having obtained all necessary permissions for the Gurudwara visit in advance. 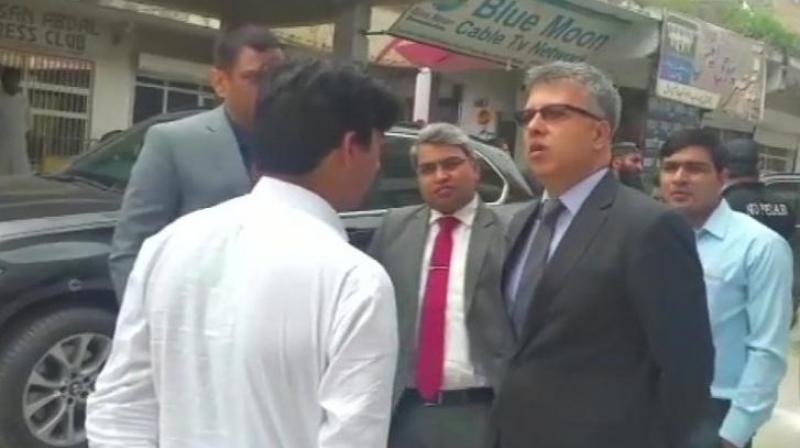 New Delhi: India on Saturday summoned Pakistan's Deputy High Commissioner here and lodged a strong protest over the denial of access to its envoy in Islamabad and consular officials to visit Gurdwara Panja Sahib and meet visiting Indian pilgrims.

It was conveyed to the Pakistan side that preventing the Indian High Commission officials from discharging their consular responsibilities was in violation of the Vienna Convention on Diplomatic Relations of 1961, and the 1974 bilateral Protocol on visit to religious shrines.

Deputy High Commissioner Syed Haider Shah was summoned and a strong protest was lodged over the denial of access to Indian High Commissioner Ajay Bisaria and consular officials to visit Gurdwara Panja Sahib in Pakistan's Punjab province and meet the Indian pilgrims despite a travel permission from Pakistan's Ministry of Foreign Affairs, the Ministry of External Affairs (MEA) said in a statement.

"Concerns have also been conveyed at repeated attempts by entities in Pakistan to extend support to secessionist movements in India and incite the Indian pilgrims, and Pakistan authorities asked to ensure that no such activity is carried out from Pakistan soil," it said.