India   All India  23 May 2017  J&K: Probe against major in human shield case to continue
India, All India

J&K: Probe against major in human shield case to continue

Major Leetul Gogoi, who had tied a man to his jeep during polling in the Srinagar Lok Sabha by-election on April 9. 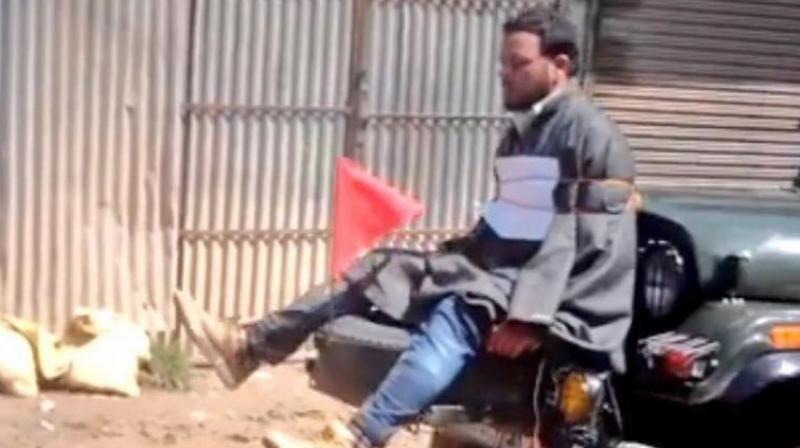 Srinagar: Investigations into the circumstances that led a major to tie a man to his jeep as a human shield against stone pelters last month would continue regardless of the officer being awarded by the army, the Jammu and Kashmir Police clarified on Tuesday.

"The investigation will be done and its result will be shared," Khan said.

Once an FIR is lodged, the investigation has to be completed. FIR means the beginning of investigation, he added.

"Whatever comes out in the investigation is a separate matter, but investigation will take place and it will be seen what is right and what is wrong," he said.

Major Leetul Gogoi, who had tied a man to his jeep during polling in the Srinagar Lok Sabha by-election on April 9, was honoured on Monday with the Army Chief's Commendation Card for his sustained efforts in counter-insurgency operations.

The video showing the man, identified as Farooq Ahmad Dar, being used as a human shield had triggered public outrage, prompting the army to institute a probe to look into the circumstances that led Gogoi to tie him to his jeep.

The state police had also registered a case into the incident.