India   All India  23 Feb 2018  Why should I react: Sitharaman steers clear of row over Army chief’s remarks
India, All India

Why should I react: Sitharaman steers clear of row over Army chief’s remarks

Army Chief Gen Bipin Rawat sparked a controversy when he spoke about the 'faster' growth of the AIUDF in Assam. 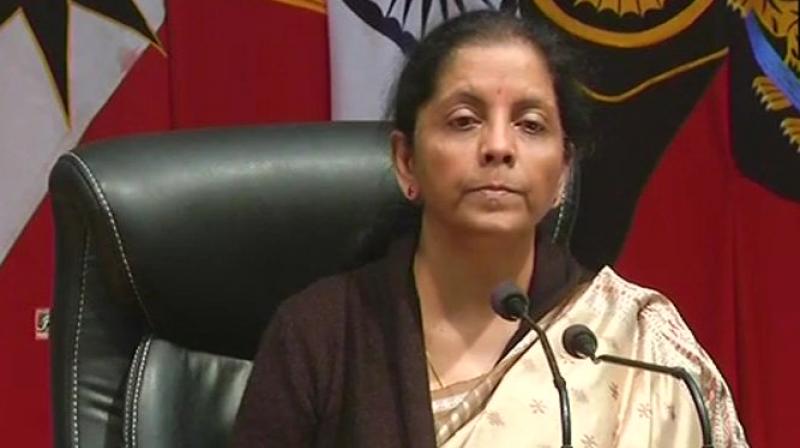 New Delhi: Defence Minister Nirmala Sitharaman on Thursday refused to respond to questions about Army chief Bipin Rawat’s comments on the rise of Muslim-oriented political party led by Badruddin Ajmal in the Northeast.

"I don't want to react to anything...Somebody said something, somebody talking about....why should I react?" Sitharaman told journalists on the sidelines of Uttar Pradesh Investors Summit when she was asked to comment on General Rawat's remarks.

Army Chief Gen Bipin Rawat sparked a row when he spoke about the “faster” growth of the All India United Democratic Front (AIUDF). He implied that an influx of illegal Muslim migrants into the area is what has led to the growth of this party and an increase in the “Muslim population” in several districts of the state.

"There is a party called AIUDF. They have grown in a faster time-frame than the Bharatiya Janata Party (BJP). When we talk of Jan Sangh with two MPs and where they have reached, AIUDF is moving at a faster pace in the state of Assam,” the Army chief said.

The AIUDF, formed in 2005, has three members in parliament and 13 legislators in the Assam assembly.

The Army Chief also said the influx of people from Bangladesh into the Northeast was "planned" and part of proxy warfare by Pakistan with support from China.

Responding to Gen Rawat’s comment, Army said there was nothing controversial in and that he had just mentioned "amalgamation and development".

Badruddin Ajmal, reacting to the Army Chief's comments on his party, had said that the remarks were shocking.

Pointing out that they take the Indian Army in very high esteem, Ajmal told this newspaper, “I believe General Bipin Rawat has wrongly been briefed by his field officers. We as a political party have been upfront in demanding the NRC (National Register of Citizens) both at the Parliament and in the Assembly.”