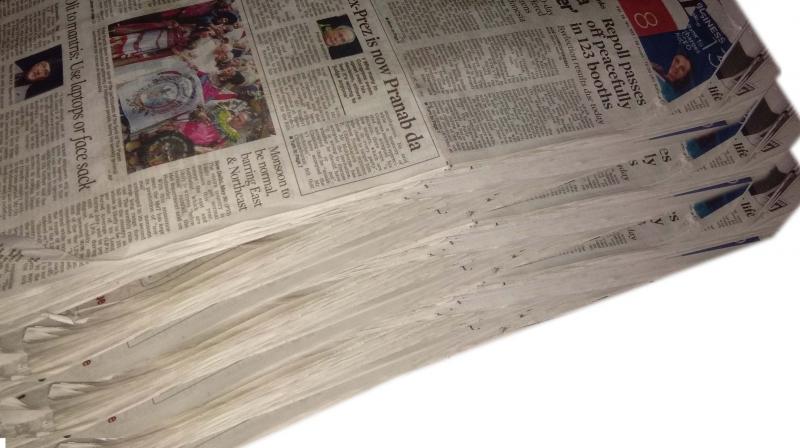 Official statistics show that while the Congress-led UPA-2 government booked approximately 52 crore sq cm of advertisment space in its five-year tenure, the BJP used approximately 47 crore sq cm in its four and a half years in power. (Representational image)

New Delhi: Debunking Opposition claims that the BJP government was overspending on advertisements, the data accessed by this newspaper shows the Narendra Modi government has released less advertisements than the earlier UPA-2 government.

Government sources said the repeated claims by the Congress that the BJP was on a advertisement spending spree was nothing but a misinformation campaign against the Narendra Modi government. “If the rupee spending of the two tenures was converted into today’s rates, the UPA era’s spending would come out to be more,” a source said, adding that advertisement rates have gone up over the past few years.

It was also noted that UPA-era government campaigns carried photographs of UPA chief Sonia Gandhi, Prime Minister Manmohan Singh and various ministers, and in some cases also photos of the Congress’ first family. “Under the present NDA government, we have made a conscious effort to use advertisements as a tool for awareness creation and communication. We only print Prime Minister Narendra Modi’s picture and give details of schemes, their benefits and success stories,” the source added.

Sources said the “misinformation campaign” on the “huge spending” on the Prime Minister’s fitness video had also been exposed as an RTI reply by the PMO had revealed that not even a single rupee was spent on the video. Sources claimed the Opposition was trying to spread such fake information as it was trying to create a feeling of mistrust against the BJP government. “A similar effort can be seen by various quarters against the Centre over its relief and rescue efforts in the ongoing Kerala floods. The clamity had seen the largest deployment of the NDRF and a large number of aircraft and helicopters for relief and rescue efforts,” a source added.