Fayaz Ahmad Shah, an under-training police constable, was shot when he was returning home after offering Eid prayers in Kulgam. 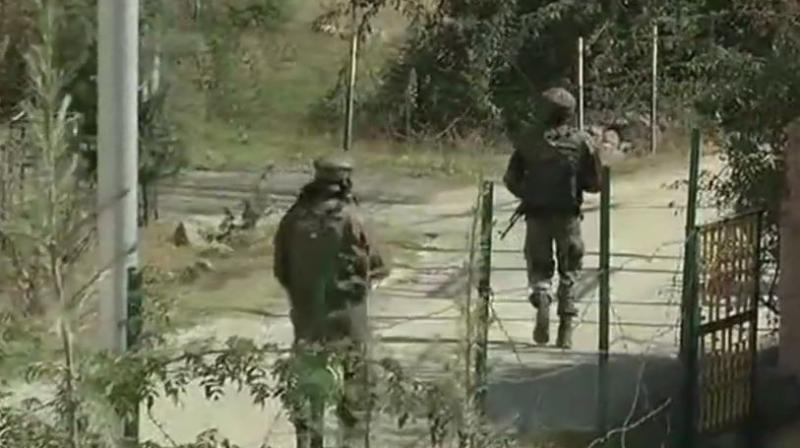 Srinagar: Eid festivity in militancy-hit Kashmir was marred with violent incidents in which terrorists shot dead two policemen on Wednesday in two districts of the state, police said.

The first incident took place when Fayaz Ahmad Shah, an under-training police constable, was shot when he was returning home after offering Eid prayers in Kulgam, one of the worst militancy-hit districts of South Kashmir.

Shah, 34, was working with the Jammu and Kashmir Police as a Special Police Officer and had been given an out-of-turn promotion and selected as a constable. He was undergoing training at Talwara in Jammu region and had come home.

Terrorists pumped bullets at Shah from a close range near his house. He died on the spot.

A pall of gloom descended on the policeman's native Zazripora village when the news of his death broke out. The Eid festivities turned into mourning at Shah's residence with his two minor daughters, aged five and two, unable to understand the sudden rush of people to their residence and the frequent breakdown of their mother and an aged grandmother.

The family was inconsolable when his body wrapped in tricolour was brought to their residence. A wreath-laying ceremony was held at district police lines Kulgam where officers led by Senior Superintendent of Police Harmeet Singh paid floral tributes to the police official.

Director General of Police S P Vaid termed the incident a "dastardly act". "It only shows the frustration of terrorists who are resorting to such a cowardly act of attacking an unarmed policeman," he said.

Another Special Police Officer identified as Mohammad Yaqoob Shah was shot at in Pulwama district. He was declared brought dead at the hospital. Inspector General of Police (Kashmir range) Swayam Prakash Pani led the police team to pay tributes to Shah at district police lines in Pulwama, another worst militancy-hit district.

In another incident, a body of a BJP worker identified as Shabir Ahmad Bhat was found in north Kashmir's Kupwara district. He was reportedly kidnapped by suspected terrorists on Tuesday night. His bullet-riddled body was found in the fields at Rakh-e-Litter area of Kupwara, a police official said.

The incident evoked sharp reaction from BJP president Amit Shah who said extremists cannot stop the valley's youths from choosing a better future and that the cycle of violence will not last long.

"Anguished to learn about the killing of BJP karyakarta, Shabir Ahmad Bhat by terrorists in Pulwama (J&K). This act of cowardice is highly condemnable. Extremists cannot stop the youth of Kashmir from choosing a better future for themselves. This cycle of violence won't last long," he tweeted.