India   All India  22 Jun 2018  UP police apologises after outrage over this photo in Hapur lynching
India, All India

UP police apologises after outrage over this photo in Hapur lynching

Policemen should have been more sensitive in their conduct, said UP's DGP (Headquarters) on Hapur victim being dragged in presence of cops. 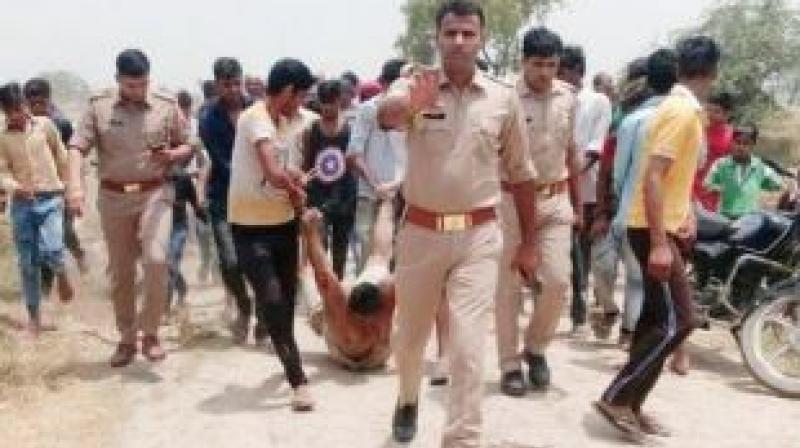 Police say the photograph was taken a few minutes after they reached the spot and tried to rush the victims of vigilantism justice to hospital. (Photo: Twitter | @Uppolice)

Hapur: After the photograph of a man being dragged and lynched by mob in presence of cops, allegedly over cow slaughter rumours in Uttar Pradesh's Hapur district went viral, the state police have tendered an apology and have removed the three policemen present at the spot from duty.

Two men - 45-year-old Qasim and his companion Samayuddin, 65 - were assaulted by a mob on Wednesday, about 70 kilometres from Delhi. While Qasim, who was dragged by locals, later died in hospital, Samayuddin has been seriously injured.

Police say the photograph was taken a few minutes after they reached the spot and tried to rush the victims of vigilantism justice to hospital.

"Because of non-availability of an ambulance at that moment, the victim was carried in the manner. Admittedly, the policemen should have been more sensitive in their conduct," read the statement from the Director General of Police (Headquarters).

Here's the statement of the Uttar Pradesh police on man beaten by a mob in Hapur being dragged in the presence of cops. 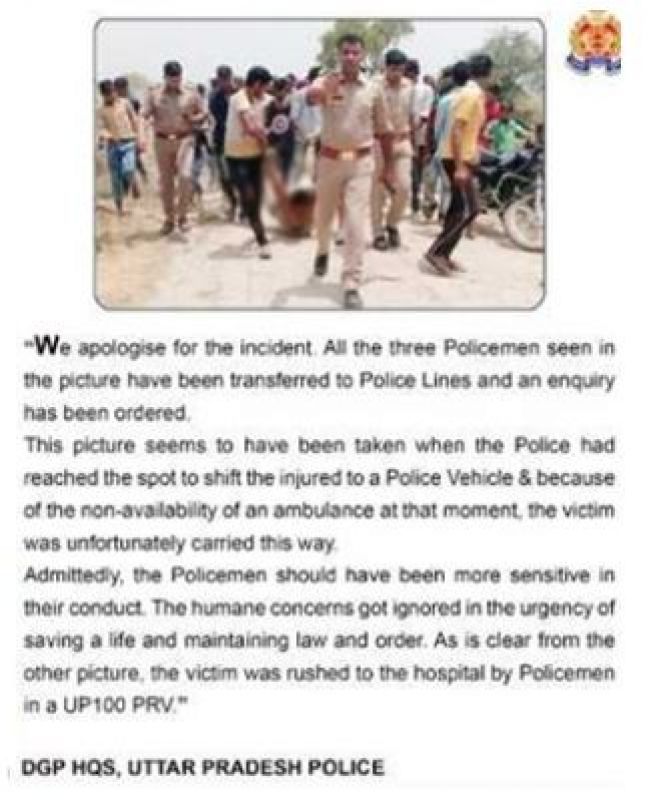 The minute-long video shows Qasim lying in a field, with his clothes torn. While the victim screams in pain, a voice is heard warning the attackers to back off and give him some water.

"You have hit him, assaulted him, enough is enough... please understand there are consequences," the man is heard saying. Another voice cuts him off and says, "Had we not reached within two minutes, the cow would have been slaughtered." A third man is heard saying, "He is a butcher... someone ask him why he was trying to slaughter a calf?"

Qasim is seen lying on the ground; the crowd refuses to give him water.

The Hapur police claim the two people were assaulted after a scuffle with some bike-borne men from the neighbouring village.

Police have registered a murder case and arrested two people.

We are Sorry for the Hapur Incident.
Law & order incidents often lead to unintended yet undesirable acts. pic.twitter.com/w5Tsen9UxG