40 security personnel who have laid down their lives in the line of duty across the Union Territory in past one year. 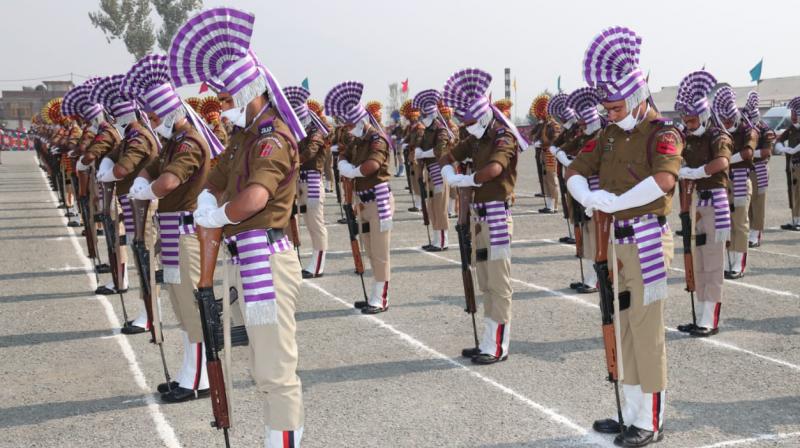 SRINAGAR: As many as six thousand policemen have been killed while fighting militants in Jammu and Kashmir where the separatist campaign burst into a major violence in 1989. Thirteen such deaths took place in past one year.

Director General of Police, Dilbag Singh, said on Wednesday that thirteen J-K policemen are among over forty security personnel who have laid down their lives in the line of duty across the Union Territory in past one year. He said, “From September 1, 2019 to October 21 2020, thirteen policemen and 27 other security forces personnel were killed in militancy and other violence-related incidents. The recent causality is of an inspector Muhammad Ashraf of Anantnag.”

The police chief while addressing the policemen at the commemoration day parade at Zewan said the families of policemen killed in line of duty are being provided with due compensation. “I met the family members of slain inspector Muhammad Ashraf and his daughter told me that she wants to keep the mission of her father alive,” he said.

Singh added, “The J&K police are committed to bring normalcy in J-K and are working professionally on all fronts”.