This will be the first meeting between the two leaders 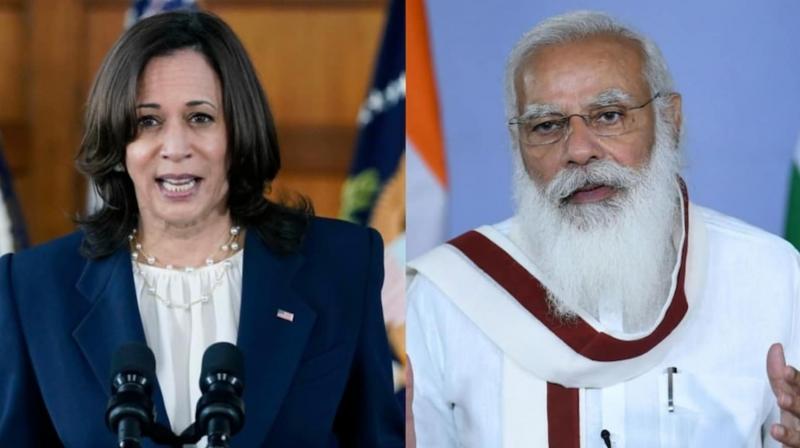 Harris had earlier spoken with Modi over the phone during the COVID-19 crisis. (Photo: PTI)

Washington: US Vice-President Kamala Harris will meet Prime Minister Narendra Modi here on September 23, a day ahead of the maiden bilateral meet between him and President Joe Biden and the Quad Summit at the White House, officials have said.

"The Vice President will meet with His Excellency Narendra Modi, Prime Minister of the Republic of India," a White House official told PTI.

This will be the first meeting between the two leaders. Harris had earlier spoken with Modi over the phone during the COVID-19 crisis.

Harris is the first-ever person of Indian origin to be elected as the vice-president of the United States.

During this week, when world leaders will gather in New York to attend the annual session of the UN General Assembly, Harris, according to the White House, is scheduled to hold meetings with British Prime Minister Boris Johnson on Tuesday, Zambian President Hakainde Hichilema on Wednesday and President of Ghana Nana Addo Dankwa Akufo-Addo on Thursday.

On Wednesday, she will also lead a session at the President's virtual COVID Summit on building back better and preparing and preventing future pandemics, according to a senior White House official.