The officer was found dead on May 17 under mysterious circumstances on a roadside in high-security Hazratganj area near the UP Assembly. 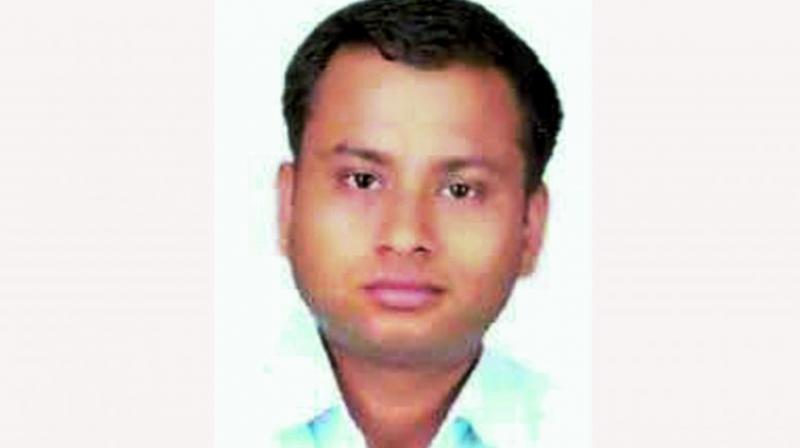 Lucknow: The Special Investigation Team (SIT) constituted by the UP police to probe the death of Karnataka-cadre IAS officer Anurag Tiwari is meticulously studying the case from all angles before submitting its report.

"The SIT team is yet to submit its report as it is going through all the possible clues and angles meticulously.

So far during the probe, it has been found that there was no return ticket of the officer to Bangalore as reported in sections of the media, he said.

The SIT was constituted under Circle Officer, Hazratganj to probe the death of the young IAS officer on May 18.

Asked to comment on the family members of the deceased alleging that it was a case of murder, Circle officer Awanish Kumar Mishra said they have not got any application for registration of FIR so far.

The officer was found dead on May 17 under mysterious circumstances on a roadside in the high-security Hazratganj area here, hardly a kilometre away from the Uttar Pradesh Assembly.

As opposition members raised the matter vociferously in the state assembly, the government informed the House that the deceased was about to expose scams worth thousands of crores of rupees under the Congress-led government in Karnataka.

Parliamentary Affairs Minister Suresh Khanna's response came amid allegations from opposition benches that Tiwari, 36, posted as commissioner in the department of food, civil supplies and consumer affairs in Bengaluru, was murdered.

The opposition members tried to corner the ruling BJP over the law and order situation soon after the House met for the day.

Tiwari, a 2007-batch IAS officer, was staying at the Meera Bai guest house with a batchmate after attending a mid-career training programme at Lal Bahadur Shastri National Academy of Administration in Mussoorie.

He was in his sleepwear when he was found dead, on the day which also happened to be his birthday.

"My son was very honest. Corrupt officers did not like him. They must have somehow got him murdered," his father BN Tiwari had said in Bahraich, his native place.

Tiwari's brother Mayank, when contacted, said that the family members will meet the SSP tomorrow and give him an application to register an FIR against unknown persons in the case.

Mayank has also written a letter to the Prime Minister's Office demanding a CBI enquiry into his brother's death.

In his letter, he said his brother was an honest officer and wanted to work for the betterment of society.

"A few days back, Anurag had told me that he had tumbled upon a major scam in the Food and Civil Supplies department of Karnataka, which he wanted to inform the PMO and CBI," Mayank said in the letter.

He also alleged that there was pressure on Tiwari to withdraw the report which could have nailed senior officers and ministers, had it come in the public domain.

Sushila Devi, the deceased officer's mother, made a fervent appeal to the prime minister and chief minister demanding justice for her son.

She said she wanted to know why an honest officer was killed. She also mentioned that her son never went for a morning walk.

Police had earlier said there was an injury on his chin and did not rule out that he may have been hit by a vehicle during his morning walk.