India   All India  21 Feb 2019  Community bunkers being built for safety of locals along LoC in J-K's Rajouri
India, All India

On Wednesday, Pakistan Army violated ceasefire along the Line of Control in Nowshera sector for second consecutive day. 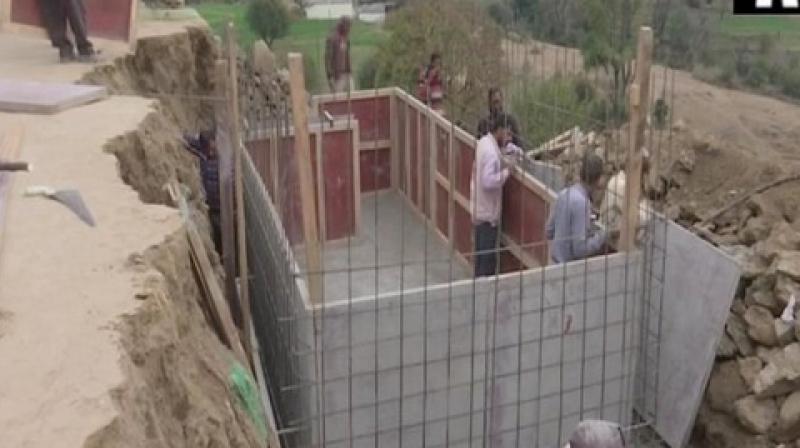 Bunkers being constructed in bordering areas of Rajouri. (Photo: ANI)

Rajouri: Community bunkers are being constructed in three regions of the Rajouri district of Jammu and Kashmir, for locals to take shelter in during cross border firing, according to local authorities.

The bunkers are being built in Nowshera, Sunderbani and Manjakote areas.
Rajouri District Development Commissioner said: "Local residents had to be moved whenever there was firing or ceasefire violation. The bunkers will be a safe shelter for them".

Bunkers are commonly used by soldiers near border areas to safely guard the Line of Control (LOC).

Pakistan army has often resorted to unprovoked firing and shelling along the LoC in different border areas of Rajouri.

On Wednesday as well, the Pakistan Army violated ceasefire along the Line of Control (LoC) in Nowshera sector of the district for the second consecutive day. The cross border firing was retaliated by the Indian Army.

Pakistan has continued to violate the ceasefire understanding of 2003 despite repeated calls for restraint and adherence to the agreement during flag meetings between the border guarding forces of the two nations.