PM Modi is the first Indian Prime Minister to attend Davos meeting in about 20 years since HD Deve Gowda in 1997. 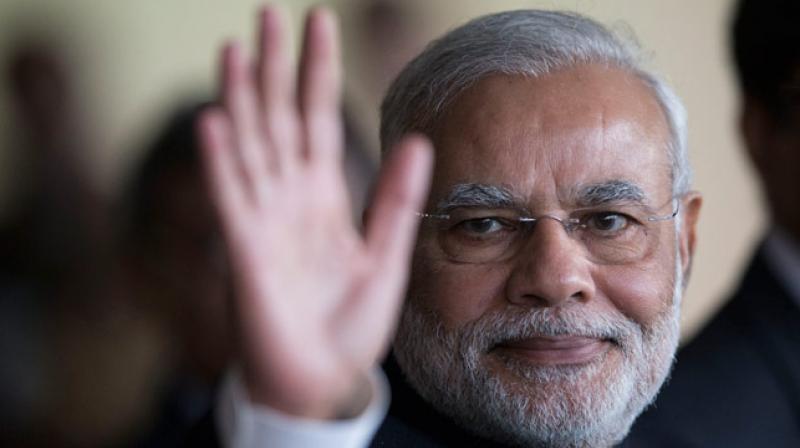 New Delhi: With exquisite desi cuisine on the platter and live yoga sessions on display, the annual Swiss jamboree of the rich and powerful from 'a fractured world' will begin on Monday in Davos where Prime Minister Narendra Modi is expected to pitch India as a growth engine for the global economy.

Over 3,000 world leaders from business, politics, art, academia and civil society will attend the 48th World Economic Forum (WEF) Annual Meeting over the next five days in the small ski resort town on snow-covered Alps mountains, where the Indian presence will be the largest ever with over 130 participants.

WEF Chairman Klaus Schwab will declare the summit open on Monday evening with a welcome message on the meeting's theme, 'Creating a Shared Future in a Fractured World'.

It will be followed by honouring Bollywood superstar Shahrukh Khan, Australian actress Cate Blanchett and legendary musician Elton John with the annual 'Crystal Awards' for their respective work towards improving the state of the world.

The evening will also see a ballet performance, while India will host the 'welcome reception' with the country's "exquisite cuisine and age-old Yoga heritage as well as the spirit of a young, innovative New India".

The official sessions will begin on Tuesday when PM Modi will deliver the 'opening plenary', during which he is expected to pitch India as an open economy that is ready for investments from across the world and also as a major engine to drive the global economic growth.

PM Modi is the first Indian Prime Minister to attend Davos meeting in about 20 years since HD Deve Gowda in 1997.

During his 24-hour-visit, described by officials as "short but very focused", PM Modi will also host a dinner for CEOs from across the world, 20 of Indian companies and 40 from elsewhere, on Monday evening and will interact with a large gathering of 120 members of WEF's international business community on Tuesday.

Besides, he will hold a bilateral meeting with Swiss President Alain Berset, among other pull-asides, as per the government officials.

Among global leaders, US President Donald Trump will be there to deliver the closing address, but any meeting with Prime Minister Modi is unlikely as the two would not be in town on the same day.

Pakistani Prime Minister Shahid Khaqan Abbasi will also be in Davos, but officials in India have said no meeting is planned between him and PM Modi.

While US President Donald Trump is expected to talk about his 'America First' policy, officials in India said PM Modi's central message at this multilateral forum will be about India being an economy that can be an engine of global growth and which wants others to participate in its growth and also wants to contribute to others' development.

A lot of focus is expected on what President Trump says and what would be the response of other world leaders, including from Germany, France and the UK.

Ahead of the summit, an annual WEF survey, likely to be discussed in detail during the meeting, showed that the world will see risks related to environment, economy and international relations intensify this year with a majority of stakeholders expecting political or economic confrontations between major powers to worsen.

In a first at the WEF summit, India will also host yoga training sessions for the entire duration of the meeting, while also showcasing Indian heritage and culture in Davos.

On the sidelines of the WEF summit, the Swiss government will also host the annual informal WTO ministerial meeting, which will be attended by Commerce Minister Suresh Prabhu and his global counterparts.

According to a Swiss government statement, negotiations on a bilateral investment protection pact and the envisaged free trade agreement between India and the European Free Trade Association (EFTA), of which Switzerland is a member, will figure prominently during PM Modi's meeting with President Berset.

PM Modi is expected to encapsulate the making of 'a new, young and innovative India', while he is also expected to talk about his experience with 'cooperative federalism' in India, while urging the world for a collective crackdown on terrorism, economic imbalances, cyber threats and various societal ills.

According to officials, PM Modi will also talk about numerous steps they have taken to make it easier to do business in India, check corruption, clamp down on black money, streamline taxation and boost sustainable growth.

Another star speaker will be ex-RBI Governor Raghuram Rajan, who has been praised as well as criticised often for his vocal views on everything from politics to economics and is credited for predicting the global economic crisis of 2008.

He will speak on the power of economic narratives and how policymakers can address the challenges of the 21st century.

Bollywood king Shahrukh Khan, for a change, would not be seen serenading heroines with his signature 'open-arm' charm on Swiss Alps, but will rather talk about creating a change in India through women empowerment.