Submarine INS Kalvari is likely to be commissioned into the service by March this year. 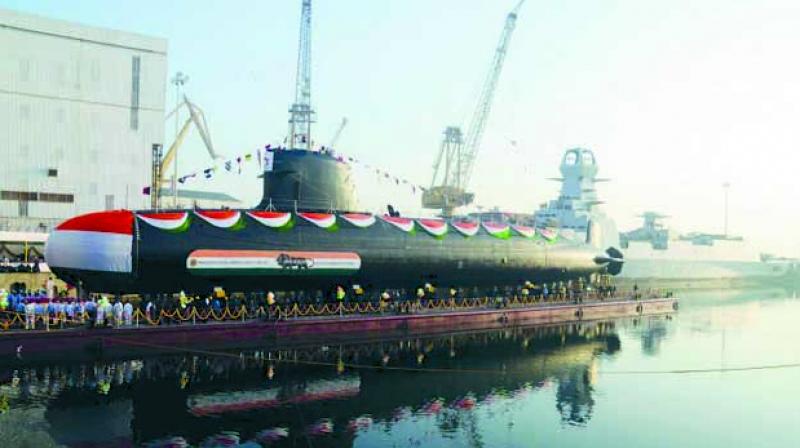 New Delhi: With 2017 being declared by the Indian Navy as the “Year of Submarines” it is only fitting that the Navy tableau will feature submarines Kalvari and Khandheri during the Republic Day Parade on Thursday.

Besides the state-of-the art subs, the warship Chennai, mannequins of the elite Marine commandos “Marcos” and a model of P-81 long-time maritime patrol aircraft, which has buttressed the Indian Navy’s surveillance capability in high seas, will also feature in the display.

The naval marching contingent of 144 young sailors would be led by Lt. Cdr. Aparna Nair as contingent commander and Lt. Mandar Kulkarni and Lt. Vasu Yadav as Platoon Commanders.