India   All India  20 Nov 2019  Members of European Parliament got sense of how terrorism affects India: MHA
India, All India

Members of European Parliament got sense of how terrorism affects India: MHA

According to MHA's statement, the MEPs had expressed their desire that they would like to visit Kashmir. 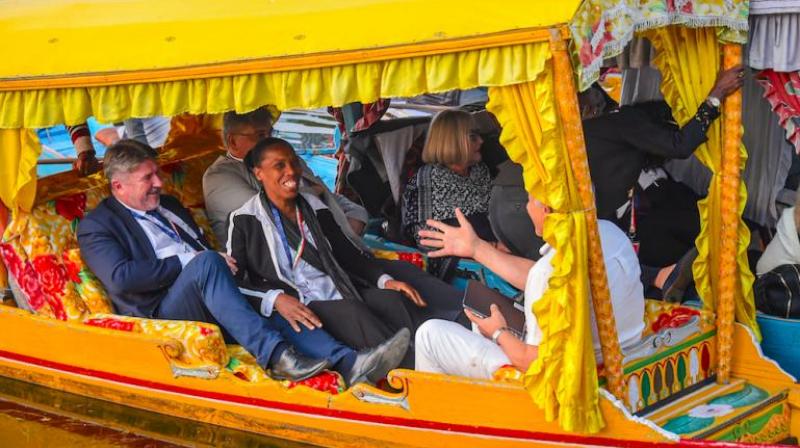 This was the first time that the government has allowed a foreign delegation to visit Jammu and Kashmir post-abrogation of Article 370. (Photo: File | PTI)

New Delhi: Ministry of Home Affairs (MHA) on Wednesday said that Members of the European Parliament (MEPs) have got a sense how terrorism posing threat to India, especially Jammu and Kashmir.

"The MEPs got a sense of the threat of terrorism and how terrorism poses a threat to India especially in the Union Territory of Jammu and Kashmir," the MHA said in a statement.

Earlier, the MEPs had expressed their desire that they would like to visit Kashmir to understand how terrorism is affecting India and how this has been a challenge for India," the MHA said in a statement.

A group of 27 Members of European Parliament (MEPs), who belonged to different political parties, including ruling and opposition parties, paid a private visit to India from October 28 to November 1 at the invitation of the International Institute for Nonaligned Studies, a Delhi based think tank.

The delegation of MEPs included Germany's Bernhard Zimniok, Lars Patrick Berg and Nicolaus Fest who visited Jammu and Kashmir to assess the ground situation in the region following the Centre's decision to strip the region of its special status under Article 370 of the Constitution on August 5.

This was the first time that the government has allowed a foreign delegation to visit Jammu and Kashmir post-abrogation of Article 370.

The meetings were facilitated for the MEPs as has been done previously on familiarisation visits for the visiting Members of Parliament of different countries.

"Such exchanges promote deeper people to people contact and ultimately it feeds into the larger relationship which any two countries would like to develop," the MHA said.