Over 600 cops, sniffer dogs search JNU campus to get clues on Najeeb

Ahmed went missing on October 15 following an alleged on-campus scuffle with ABVP members the night before. 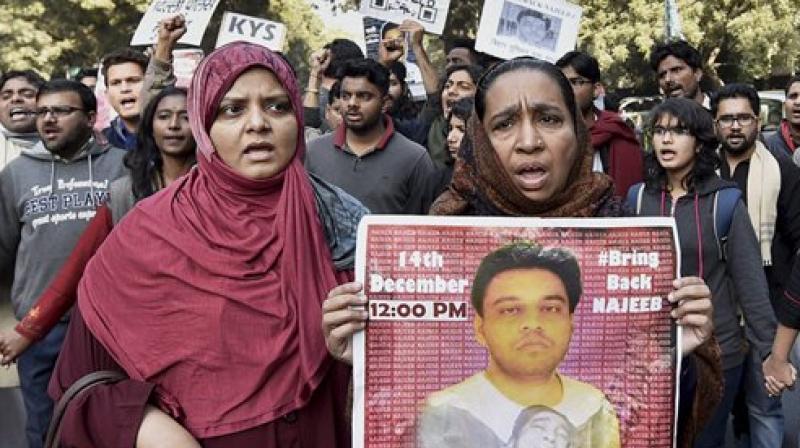 New Delhi: Delhi Police teams scanned the JNU campus on Monday with sniffer dogs to search for clues that could help them trace student Najeeb Ahmed, who has been missing for over two months now, police said.

The Crime Branch team that is probing the case reached the campus on Monday morning with sniffer dogs after it was transferred to them and the search is currently underway, police said.

Concerned over disappearance of the JNU student, Delhi High Court had last week directed police to "scan" the entire campus, including hostels, classrooms and rooftops, of the varsity by using sniffer dogs.

The directions had come on a Habeas Corpus plea by Ahmed's mother, Fatima Nafees, who has moved court to trace her son.

Ahmed went missing on October 15 following an on-campus scuffle allegedly with ABVP members the night before. The case was transferred from South District Police to Crime Branch last month.