India   All India  19 Oct 2017  This is my personal faith, no one can interfere in it: Yogi slams Oppn
India, All India

This is my personal faith, no one can interfere in it: Yogi slams Oppn 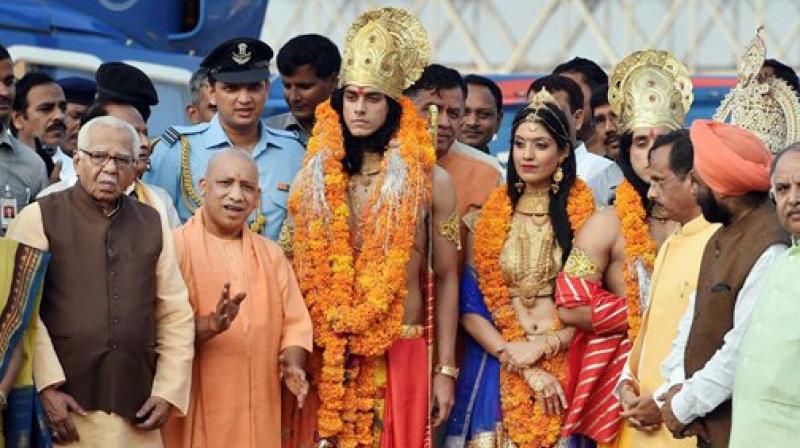 Ayodhya (UP): Uttar Pradesh Chief Minister Yogi Adityanath, on Thursday, slammed the Opposition for criticising the grand Diwali celebrations which took place in the temple town of Ayodhya on Wednesday.

Adityanath hit out at his political rivals and averred that no one possesses the right to question his faith.

"This is my personal faith and how can the Opposition interfere in this?" Adityanath said.

The Chief Minister further asserted that another reason why he came to Ayodhya was to check the security and other preparedness for thousands of devotees, who throng the temple town, on the occasion of Diwali.

"As the Chief Minister of the state, it is my duty and I am committed towards development of every place of the state," he added.

After offering prayers at a temple in Ayodhya, Adityanath said that he has also come to Ayodhya to pray for peace, security and welfare of the state.

Later in the day, the Chief Minister will celebrate the festival of light in Gorakhpur, which is his constituency.