India   All India  19 Aug 2018  I want justice, court will do it, says Hapur lynching survivor's son
India, All India

I want justice, court will do it, says Hapur lynching survivor's son

19-yr-old Anas, whose father survived mob attack two months ago, is still trying to find his bearings and resume a normal life. 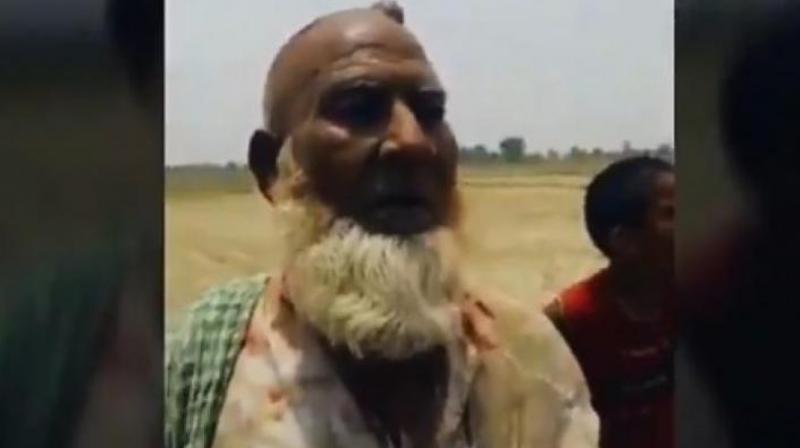 65-year-old Samiuddin survived the brutal attack on him by the mob from adjoining Bajheda Khurd village on June 18. (Photo: Screengrab | Twitter @imMAK02)

Hapur: Nineteen-year-old Anas, whose father survived a mob attack two months ago in which another man died, is still trying to find his bearings and resume a normal life.

At his home in Madapur village, a little over 50 km from the national capital, Anas looks at his mother and then at the firewood 'chulha'.

It's half past 6 in the evening and no words are exchanged.

"The power supply here is inconsistent. There is electricity for two hours and then it trips for the next four hours," he says, as he looks at a bulb flickering in the courtyard of the house.

His 65-year-old father, Samiuddin survived the brutal attack on him by the mob from adjoining Bajheda Khurd village on June 18.

The mob lynched another man, Qasim, 45, from nearby Pilakhua, on the pretext that the two were involved in cow slaughter.

The lynching incident was captured on mobile phone cameras, and the videos went viral across the country.

Samiuddin, a father of two boys and five girls, lived off his income from farming.

He is now admitted in a hospital in Ghaziabad, where his elder brother Mehruddin lives.

His younger brother Yaseen, meanwhile, is handling all legalities for the family, running to and fro the national capital, where the Supreme Court is hearing their case.

Anas is in a fix: whether to continue with his labourer's work or look after the farms and be with the family.

"I was at work in another village that day when I received a phone call from someone who informed me what has happened to my father," he says, hesitantly explaining his work -- as a construction labourer. Asked what he hopes now, Anas, clueless about the legal proceedings in the case, says, "The court will do justice. I want justice to be done."

When asked justice in what form, he says, "I don't know, my uncle knows it better. Whatever it is, there should be justice."

Pointing toward a heap of jowar (used as fodder) kept supported to a wall in front of the wooden main door of the house, a young man said Samiuddin had gone to the farms on June 18 to fetch fodder for his cattle.

"We have a buffalo and two calves at home," Anas says, adding that the milk is consumed by the family only.

"Once in a while if someone comes to ask for it, we give them."

Neighbours say they are morally supporting the family, but cannot say with precision what is happening at the moment.

"Entire village has expressed sympathies to the family. We are supporting them morally, in a village no one is isolated," says a man, in his forties.

"What is wrong is wrong and should be condemned irrespective of who does it -- whether from the majority or minority community," he says.

Having returned from the evening prayer, the man says people were pinning hope for justice from the Supreme Court.

Over two months since the incident, the fear was palpable in the Muslim-majority village, where locals have become cautious about their movement.

Their fear amplified after a purported video appeared on social media a few days ago, where the accused in the lynching case are seen openly bragging about the effecting the act.

Last week, the Supreme Court, while hearing a petition filed on behalf of Samiuddin, ordered a top police official of the Meerut Range to take up probe in the incident, which was registered by the local police as a case of road rage instead of mob lynching.

The top court had also directed the police to provide the victims' families with security.