During the scuffle, one of the terrorists was seriously injured while the other two fled away. 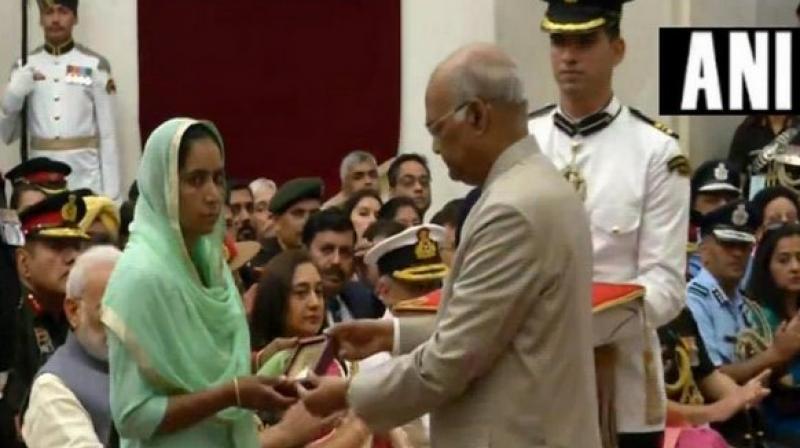 New Delhi: Sepoy Vijay Kumar of the Indian Army on Tuesday was conferred with the Kirti Chakra posthumously for displaying indomitable courage during the counter-terrorist operations in Jammu and Kashmir.

Kirti Chakra was also conferred on Constable Pradip Kumar Panda of CRPF posthumously for displaying exceptional bravery and commitment to duty during counter-terrorist operations in Jammu and Kashmir.

Another Gallantry Award Shaurya Chakra was awarded to 14-year-old Irfan Sheikh of Jammu and Kashmir for thwarting an attack by three terrorists on his house.

During the scuffle, one of the terrorists was seriously injured while the other two fled away.

Besides that, Lieutenant General Anil Bhatt was conferred with 'Uttam Yudh Seva Medal' by President Kovind for the successful conduct of counter-terrorist operations under in Jammu and Kashmir.

This year, President Ram Nath Kovind approved awards 411 gallantry and other defence decorations for Armed Forces personnel and others on the eve of the 70th Republic Day Celebrations.