The court said that the police had failed to submit incriminating evidences to fortify the allegations of sedition and attempted murder. 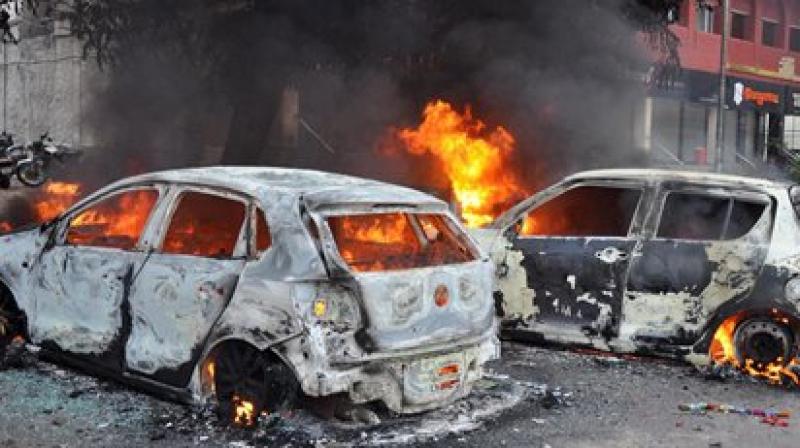 In 2017, thirty-six people lost their lives in Haryana after Dera Sacha Sauda followers went on a rampage following the conviction of their Chief Gurmeet Ram Rahim Singh. (Photo: File)

Panchkula (Haryana): The Haryana's Panchkula Court on Monday has dropped 'attempt to murder' and 'sedition' charges against 53 Dera Sacha Sauda followers in the Panchkula violence case.

The court said that the police had failed to submit incriminating evidences, including CCTV footage to fortify the allegations.

According to media reports, Panchkula Dera in-charge Chamkaur Singh and media coordinator Surinder Dhiman Insan, are among the accused.

The accused have been discharged from the offences punishable under Section 307, 121 and 121-A, Indian Penal Code (IPC).

All the 53 accused will face trial in the case of violence and other sections in the court of chief judicial magistrate, Panchkula.

In 2017, thirty-six people lost their lives in Haryana after Dera Sacha Sauda followers went on a rampage following the conviction of their Chief Gurmeet Ram Rahim Singh by a Central Bureau of Investigation (CBI) court here in a rape case.