India   All India  18 Sep 2018  India, US closing in on trade package deal to ease business
India, All India

India, US closing in on trade package deal to ease business

Neither the office of the United States Trade Representative nor India's trade ministry responded to a request for comment. 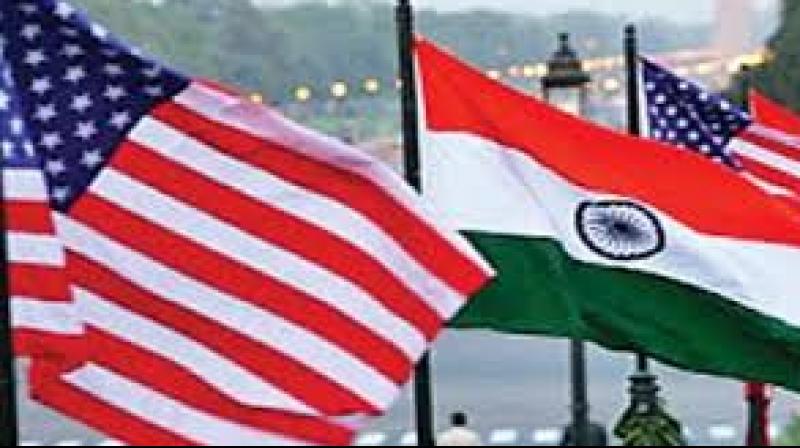 Having skirmished for months over tit-for-tat tariffs on steel and some agricultural products, the two sides began talks in June that also cover India's concerns over US steel tariffs and US problems with Indian tariffs on imported IT equipment. (Representational Image)

New Delhi: Indian farmers and US manufacturers of medical devices could be among the main winners in a trade package under negotiation, as Washington and New Delhi look to remove long-standing irritants to ties, sources familiar with the talks said.

Having skirmished for months over tit-for-tat tariffs on steel and some agricultural products, the two sides began talks in June that also cover India's concerns over US steel tariffs and US problems with Indian tariffs on imported IT equipment.

"We are closely negotiating a discrete package of trade issues. It will amount to a pretty substantive agreement," said a source with knowledge of the negotiations.

Neither the office of the United States Trade Representative nor India's trade ministry responded to a request for comment.

The source said the two sides expected to close the deal in the next few weeks.

US President Donald Trump, who dislikes multilateral trade agreements, said earlier this month that India had approached the United States to "start doing a trade deal," without giving any details.

The current discussions, however, are focussed on removing outstanding sources of friction, and are not aimed at creating a bilateral free trade agreement, sources from both sides said.

Having already waded into bigger fights with China and the European Union, Trump has previously called out India for unfair trade practices. At an estimated USD 126 billion, US goods and services trade with India last year was less than a fifth of its trade with China.

Unlike some other countries India failed to be given a waiver after the Trump administration imposed new import tariffs on steel and aluminium imports in March.

New Delhi retaliated by raising tariffs on a number of US products but has held back from implementing them while it negotiates a package to smoothen ties. The tariffs were to go into effect from Monday midnight but the government issued an order saying these had been deferred until November 2.

"Our relationship with the US unlike many other nations has not deteriorated," said an Indian government official involved in the talks. "But if you think relations have become very friendly with a lot of bonhomie, I don't think that has happened either."

US companies are hungrily watching an Indian economy that is growing at more than 8 per cent, as they seek presence in a market that has potential for massive growth.

One of the most prominent trade issues to erupt during Trump's presidency has involved India's treatment of medical devices imported from the United States. Last year, US exports of medical devices and equipment to India totalled USD 863 million.

That measure provoked a storm of criticism from US companies, such as Abbott Laboratories, Johnson & Johnson (J&J) and Boston Scientific, which said such controls hurt innovation and future investment plans.

In June, India's federal think tank NITI Aayog invited industry views on a new policy which would cap trade margins, and not prices, to help patients while allowing the industry "reasonable profits".

Two government sources said the think tank had recommended allowing a maximum 65 per cent trade margin -- the difference between the price at which a company sells to its stockists, after recovering its operational expenses, and the price paid by patients.

The recommendation has still to be accepted by Prime Minister Narendra Modi's office, another source said.

The new policy proposal, which is favoured by both J&J and Boston Scientific according to company letters seen by Reuters, would help manufacturers who have argued that outright price caps were at times below their import costs and led to losses.

PM Modi's office did not respond to a request for comment.

One of the main areas where India is likely to benefit will be agricultural trade, with Washington expected to grant concessions making it easier for Indian exporters of products like rice, mangoes, table grapes and lychees, the sources said.

Currently, the US imports just a small fraction of the USD 5.5 billion of rice shipped annually from India, the world's top rice exporter. New Delhi wants to sell basmati rice but US agencies have in the past flagged concerns over the presence of chemical residues in the rice.

New Delhi is also discussing how to meet stringent US standards to sell bovine meat. India is the world's biggest buffalo meat exporter but has failed to make much headway in the US market because of Washington's insistence that a country be free from foot-and-mouth disease.

The two sides are exploring ways to open the US market for certain grades of bovine meat from India, according to the government negotiator and the other sources familiar with the talks.

For its part, the US wants to sell more almonds to India, the world's top buyer, cherries and eventually dairy products.

The US has also been urging India to lower the input costs of components for IT that would allow US companies to manufacture in India as part of PM Modi's flagship Make-in-India campaign. These affect firms such as Apple Inc and Qualcomm Inc with plans to set up operations in India.

The United States has complained that India's tariffs are among the highest in the world, and cover a range of IT equipment, including circuit boards, screens and memory chips.

"In this kind of a package, everything is interlinked even though our mutual concerns are on different issues," one of the sources said.

"But we need to reach an agreement on everything that's on the table."