It comprised members of the Indian Army, Assam Rifles and the Indo-Tibetan Border Police (ITBP). 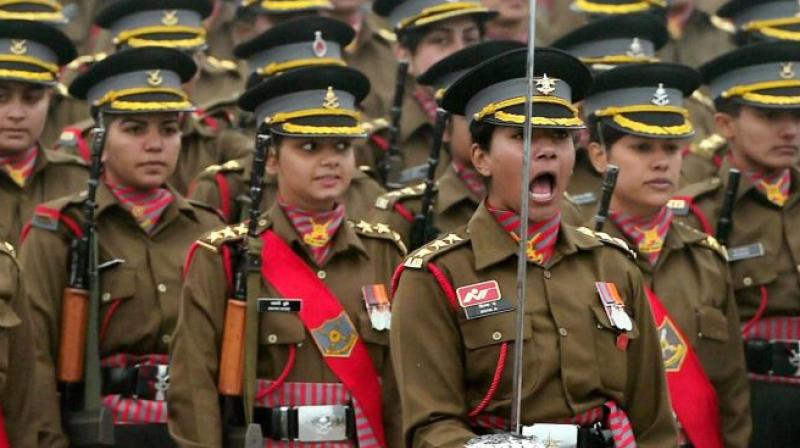 It said that these women in uniform also exhibited the tremendous potential of 'Nari Shakti'. (Photo: Representational | PTI)

New Delhi: An all-women team comprising 18 soldiers completed a four-day patrol conducted along the Line of Actual Control (LAC) in Arunachal Pradesh, according to an official statement.

The team was led by a woman officer of the Indian Army and had commenced the patrol from Kibuthu, Anjaw district in Arunachal Pradesh on August 10. It comprised members of the Indian Army, Assam Rifles and the Indo-Tibetan Border Police (ITBP).

It said that these women in uniform also exhibited the tremendous potential of 'Nari Shakti'.

"Four days of patrolling through difficult terrain that criss-crossed mountains, streams and dense forests tested grit, determination and navigational skills of the patrol members, to truly epitomise women empowerment on the 73rd year of our nation's Independence," the statement said.

Lieutenant General M M Naravane, GOC-in-C, Eastern Command, lauded the patrol for both professionalism and determination of the women participants. He further highlighted that such events showcased the synergy that existed between the security forces deployed in the North East and gave strength to the nation.