He will also chair a high-level meeting regarding the same on Saturday morning before leaving for Kodagu district. 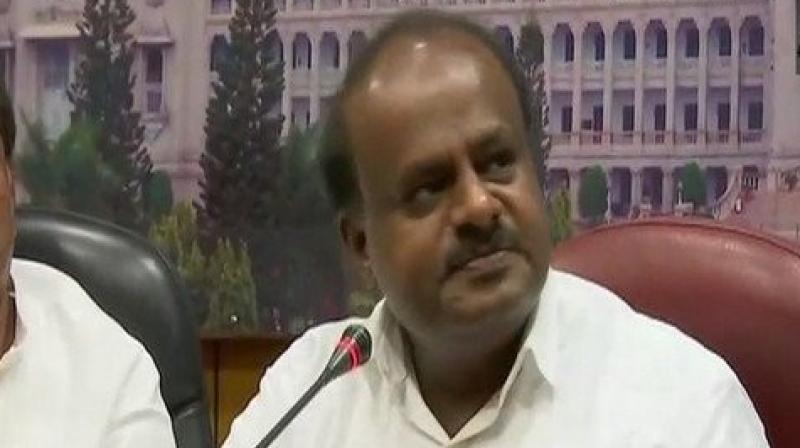 Out of 30 districts, as many as five districts namely, Kodagu, Dakshina Kannada, Hassan, Chikkamagaluru, and Shivamogga have been kept on high alert. (Photo: ANI)

Bengaluru: In the wake of heavy rainfall in the state, Karnataka Chief Minister HD Kumaraswamy will on Saturday visit Kodagu to review relief operations in the district.

He will also chair a high-level meeting regarding the same at around 10:30 am on Saturday in Krishna, his home office, before leaving for Kodagu district. He will pay a visit to rain-affected areas in Nanjangood and Kabini on August 19.

With heavy rains expected in many parts of the state, Kumaraswamy had earlier directed collectors of various districts to remain on their toes to combat any untoward situation.

Out of 30 districts, as many as five districts namely, Kodagu, Dakshina Kannada, Hassan, Chikkamagaluru, and Shivamogga have been kept on high alert.

The Chief Minister had also urged the concerned officials in the said districts to review the situation in their vicinity and update the authorities in case of emergency.

Torrential rains, which lashed the state since August 14, caused landslides and disrupted the normal life in the state.