Two persons were taken into custody on Monday in connection with the murder of two Youth Congress members in Kasargod. 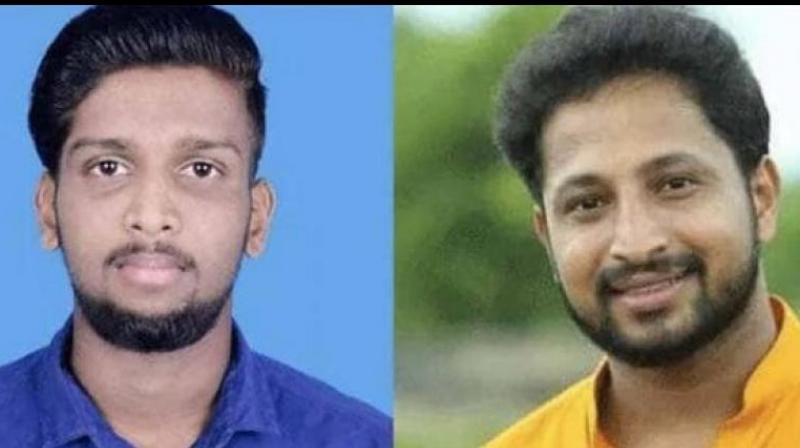 Congress president Rahul Gandhi condemned the killings and extended condolences to the families of the deceased. (Photo:Twitter)

Kasargod: Two persons were taken into custody on Monday in connection with the murder of two Youth Congress members in Kasargod.

As a mark of protest against the murder of two of its workers, the Youth Congress is today observing statewide dawn to dusk bandh.

The two Youth Congress workers- Kripesh and Sarath Lal- were hacked to death in Kasargod on Sunday by unidentified assailants.

Congress president Rahul Gandhi condemned the killings and extended condolences to the families of the deceased.

"The brutal murder of two members of our Youth Congress family in Kasargod, Kerala is shocking. The Congress Party stands in solidarity with the families of these two young men & I send them my deepest condolences. We will not rest till the murderers are brought to justice" he tweeted on Monday.

Soon after the death of Kripesh and Sarath, the Congress alleged that Communist Party of India (Marxist) activists were behind the attack that took place in Peria.

"They were not involved in criminal activities. It is part of a tradition of killing in Kasargod and Kannur zilla areas. The government should identify the culprits and arrest them as soon as possible," he added.