Inspector General of Police, Vijay Kumar, said three militants suspected to be belonging to Lashkar-e-Toiba outfit carried out the attack 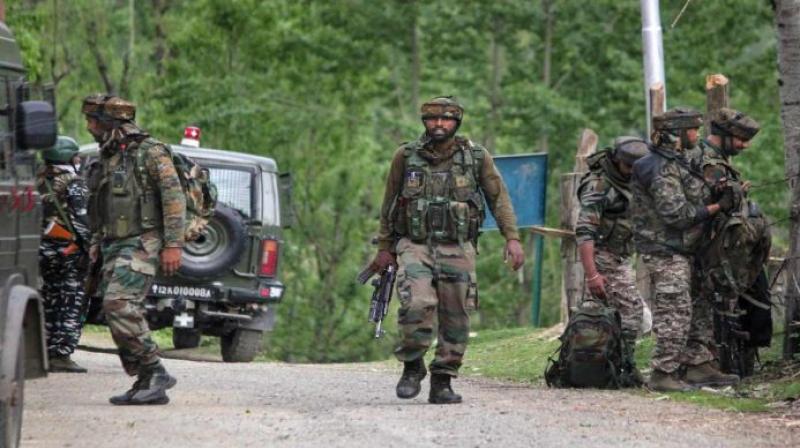 Srinagar: Hours after a militant attack left two CRPF jawans and a Jammu and Kashmir special police office (SPO) dead in Baramulla district of the union territory on Monday, security forces chased the ultras and killed one of them in an encounter, police said.

An encounter has started in Kreeri area of north Kashmir's Baramulla district hours after the attack on a 'naka' party in the area which two CRPF personnel and a special police officer (SPO) of Jammu and Kashmir police were killed, a police official said.

He said the security forces cordoned off the area immediately after the attack and chased the militants.

The contact was established with them and during the exchange of fire, a militant was killed, the official said.

He said the operation is going on.

According to eye witnesses, there were three militants who came from the nearby dense orchards and started firing indiscriminately on the 'naka' in which our three jawans  two from CRPF and one J-K Police  were martyred. It seems the LeT has carried out the attack. We will give them a befitting reply soon, Kumar told reporters at the site of the attack.

We have cordoned off the area and searches are on. We are hopeful that we will neutralise them soon, he said.

Asked whether the militants have changed their strategy and were attacking the security forces and then fleeing the spot, the IGP said it was a matter of concern, but the forces will soon find a solution to the problem.

It is a matter of concern. The number of forces on a 'naka' point is less and is normally in a remote area where they (militants) conceal themselves by coming along with civilians and then fire on the forces. We have faced losses and they have managed to flee a few times, but, we will soon find a response to this tactic and end this problem, he said.