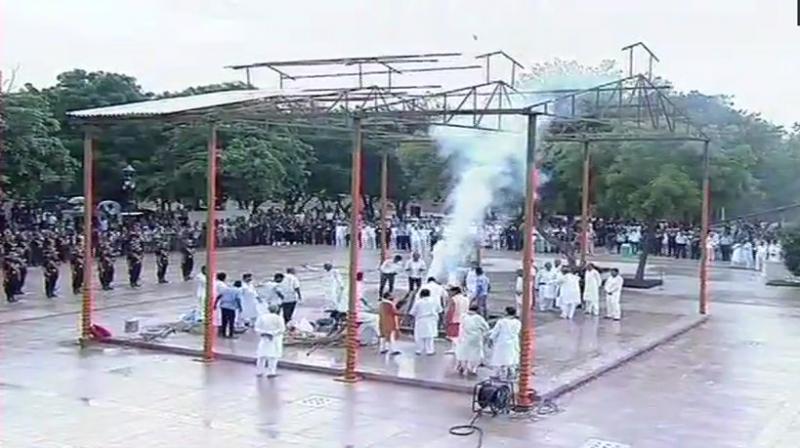 New Delhi: Thousands – from the Prime Minister to the common man – were by the side of India’s political titan Atal Bihari Vajpayee on Friday, the day he was laid to rest.

Many paid tribute to the three-time prime minister in his home in the morning.

And many more walked by his side when he was carried in a flower-decked gun carriage through the streets of Delhi -- first to the BJP Headquarters and then to his final resting place in Rashtriya Smriti Sthal.

He then walked along with BJP leaders, Union ministers, chief ministers and the people as the glass casket was taken from the BJP office at Pt Deen Dayal Upadhyay Marg to the Rashtriya Smriti Sthal where Vajpayee’s adopted daughter Namita Bhattacharya performed the last rites.

Leaders from other political parties too turned up en masse to bid him goodbye.

The former prime minister was given a gun salute and laid to rest with full military honours. 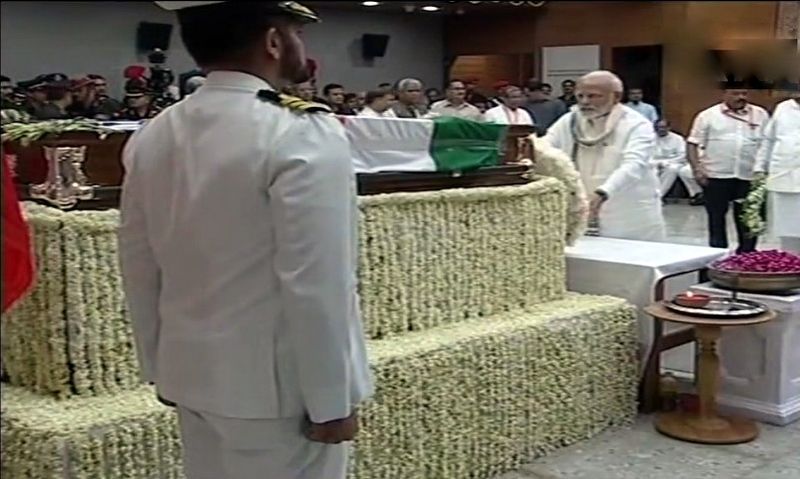 Vajpayee was kept at his official residence in 6A Krishna Menon Marg on Friday morning where people from all walks of life were allowed to pay their last respects to the departed leader.

Hundreds were seen carrying flowers and garlands as they walked by the casket when it was taken to the BJP headquarters from his home. 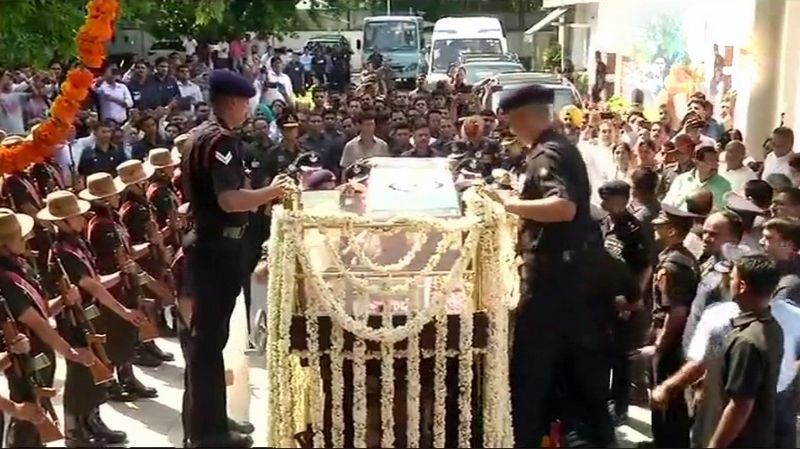 The gates of Vajpayee's official residence was opened at 7.30 am for people to pay tribute. There was a heavy presence of the police, traffic and paramilitary personnel to thwart anything untoward.

According to news agency PTI, a 52-year-old man, Yogesh Kumar, arrived at Vajpayee’s residence in Delhi with a group of people from Uttarkashi in Uttarakhand. The group covered a distance of around 500-km overnight in the hope to catch one last glimpse of their beloved leader, Kumar said.

"I had met Vajpayeeji in 1984 when he had visited Uttarkashi enroute to Gangotri. He visited the town once again in 1986," Kumar claimed, as he displayed a picture of Vajpayee with him.

"I have also brought along gangajal from Gangotri," he said, hoping to find an opportunity to see him.

Another man, in his early 20s, said he had come all the way from Bihar to pay homage to the former prime minister. "We have lost a great leader," he said.

Vajpayee, a bachelor, is survived by his adopted daughter Namita Kaul Bhattacharya.

"It is a very big loss for us and his death has left a void that would be impossible to fill," said Anoop Mishra, nephew of Vajpayee.

Delhi High court and all district courts functioned till 1 pm on Friday.

A state funeral would be accorded to him and a half day holiday was observed in all central government offices on Friday.