They are Unaided, unaddressed

Working conditions in some unaided schools in Kerala can be best described as oppressive. 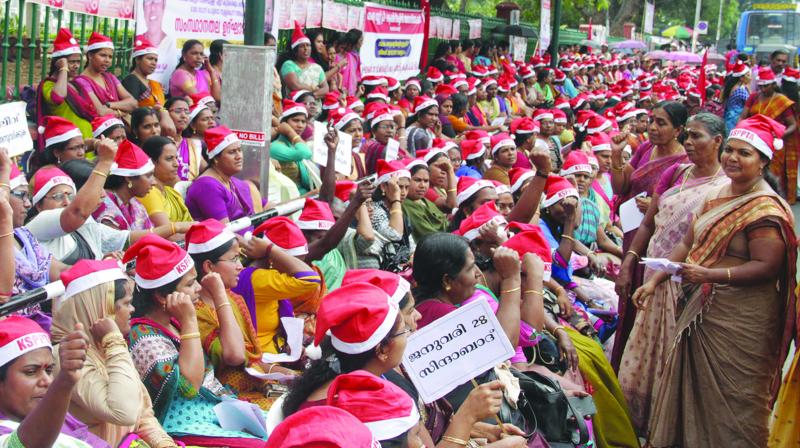 Thiruvananthapuram: An unaided school in Kollam district does not even have chairs for teachers in classes.

The logic of the management was that teachers are not supposed to remain seated while taking classes. They need to stand for over nine hours without a break.

They are not even given free hours for rest. Then teachers who have to take classes for long hours without free hours are not restricted to this school alone.

A teacher of another school on condition of anonymity said that in case, even if there are free hours, they are "robbed" on the pretext of substitution for absent teachers, discipline duty or some other non-academic engagements.

In another school, teachers are expected to reach the school as early as 7 a.m. before the classes commence and return late in the evening without any extra pay.

The extra hours are dedicated to non-academic duties. They even are forced to stay late to take remedial classes for students with poor academic performance, said a teacher, also requesting anonymity.

The working conditions in such unaided schools can be best described as oppressive. Teachers faced various discriminations from poor pay to gender bias.

Complaints have been submitted against unaided schools with various authorities that included payment of partial salary and delay in salary payments and allowances and lack of welfare measures, retaining teachers even after school hours, and engaging them in non-academic activities.

These teachers are also denied various benefits, including maternity leave.  Some schools even forced teachers to return half the money that transferred to their bank every month as salary, said another teacher on condition of anonymity.

Many schools paid salaries as low as Rs 6,000, and Rs 8,000. Some schools pay less than Rs 5000 for even higher secondary school teachers, and some do not pay any annual increment.

This was when the basic pay of a higher secondary school teacher with a postgraduation, NET and B.Ed in the government sector is `45,800, said the teacher.

This situation prevailed even after the government had fixed minimum wages in 2007.

It was in this context that Governor P. Sathasivam in his customary address to the Assembly, outlining the policy of the government on the opening day of the Budget session announced that the state government proposed to enact the 'Minimum Wages Act' for teachers in private unaided schools, to ensure quality education.

"This would help attract the best minds to the teaching profession," Mr Sathasivam had said in his speech.

However, this was not the first announcement promising government intervention to solve the issues in the sector.

A two-member committee comprising K.G. Sukumara Pillai, former additional secretary (finance), and A.A. Baby, a retired professor, appointed when M. A. Baby when he was the education minister in the previous LDF government had recommended pay packages of teachers in unaided schools should on par with government schools. However, the report is on the backburner.

Mr Pillai who was a member of the committee said the education department did not take any steps to implement the report, either during the time of the LDF government or the subsequent UDF government. 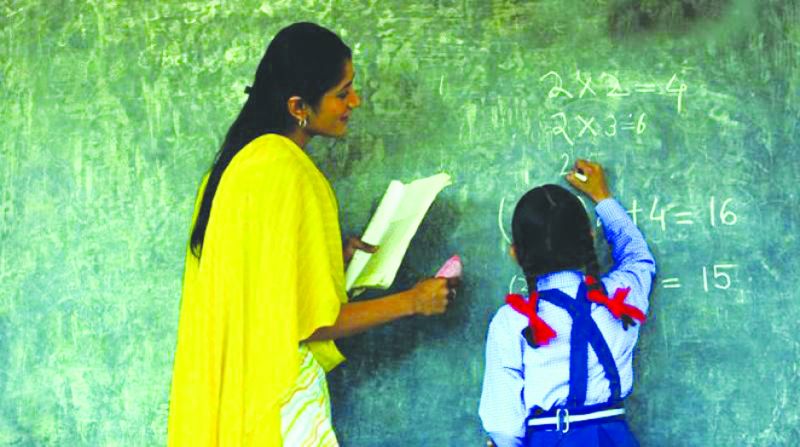 "One of the reasons for the same was that religious or communities are running most of these schools," he told DC.

The Central Board of Secondary Education (CBSE) in a circular had also asked its affiliates to frame salary, allowances, and service conditions of teachers. There was also an order issued by the Kerala High Court in 2012 that asked the CBSE to enforce as a condition for affiliation a minimum monthly provisional salary of `10,000 for primary and middle school teachers, `15,000 for secondary school teachers, and `20,000 for senior secondary teachers. Kerala Unaided School Employees Union president Sudheer G. Kollara said that schools fail to comply with salary and service conditions though these have been laid down in the affiliation by-laws of the CBSE. "NOCs are issued to the schools after they agreed to comply to this," he said. Kerala Unaided School Teachers Organisation vice-president M. Shajar Khan said that former labour minister Shibu Baby John during the previous government had prepared a draft law for fixing minimum wages and scale of pay for teachers.

However, he could not present it in the assembly. Present education minister C. Raveendranath has also made it clear that the education department had prepared such draft law.

"I am not sure whether it would become a reality because of the influence of the unaided schools on the successive governments," said Mr Khan.

Kerala can take cue from Delhi
One model the state could emulate while fixing the salary and other conditions of private school employees is that of the Delhi government.As per the decision, every private school will pay school teachers salaries as per what the government prescribed. For this, a committee will give suggestions. Schools will adhere to the formula set by this committee. Private schools in Delhi were even forced to refund the excessive fee charged by them after the Arvind Kejriwal-led Delhi government issued a show-cause notice to 449 private schools asking them to implement the High Court’s order. In Delhi, the government also introduced a three-tire system for oversight and supervision. The Education Minister himself inspected schools on a regular basis. District officials of the Directorate of Education (DoE) have also been monitoring and tracking the management of schools that come under their districts. The third and most important level of monitoring has been through a strong network of School Management Committees. The government also passed three bills including the Delhi School (Verification of Accounts and Refund of Excess Fee Bill) 2015, the Delhi School Education ( Amendment) Bill 2015 and The Right of Children to Free and Compulsory Education (Delhi Amendment) Bill which scraps the no-detention policy from entry level classes to ensure the smooth running of schools. As per the provisions of the Delhi School (Verification of Accounts and Refund of Excess Fee Bill, 2015), any parent or guardian aggrieved by the amount of fees or any other charge being levied by the school may register a complaint with the fee anomaly committee of the respective district with a processing fee of Rs 100. All unaided schools have been asked to cooperate with the committees and furnish documents whenever required. The panel will have 90 days to take action on the complaints. The decision has been taken after the Duggal committee, formed on the orders of the Delhi High Court, submitted its recommendations.