What is Public Safety Act all about?

The act was misused widely, and was repeatedly employed against political opponents by consecutive governments until 1990. 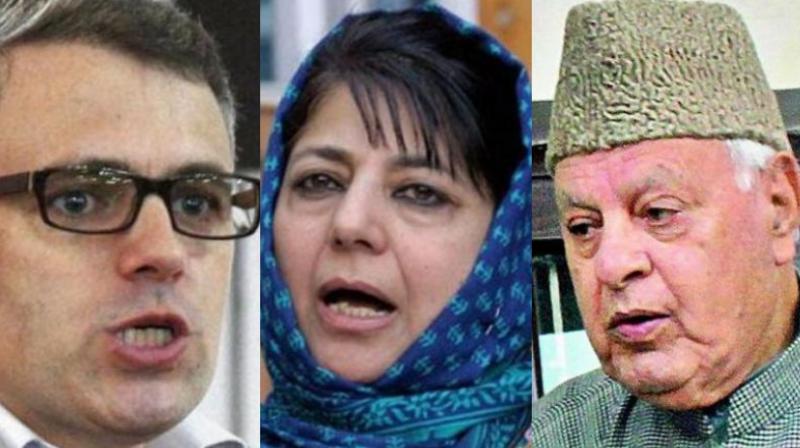 Srinagar: Former Jammu and Kashmir Chief Minister Farooq Abdullah has now been detained under the stringent Public Safety Act (PSA), which enables authorities to detain any individual for two years without trial, sources said on Monday.

The 81-year-old patron of the National Conference has been under house arrest since August 5 when the Centre announced abrogation of the special status given to Jammu and Kashmir under Article 370 and bifurcation of the state into Union territories.

The act, often known as a draconian law, has been in practice for over 40 years now. The Indian Express has explained the Public Safety Act. Here is what the act is all about:

What is the J&K Public Safety Act?

The Jammu and Kashmir Public Safety Act (PSA) was introduced by the government of Sheikh Abdullah as a tough law to prevent the smuggling of timber and keep the smugglers “out of circulation”. The act received the assent of the J&K Governor on April 8, 1978.

The law allowed the government to detain any person above the age of 16 without trial for a period of two years.

The act, however, was misused widely and was repeatedly employed against political opponents by consecutive governments until 1990. After the emergence of militancy, the J&K government frequently invoked the PSA to crack down on separatists.

In the aftermath of the killing of Hizbul Mujahideen commander Burhan Wani in July 2016, hundreds of youths in the Valley were detained under PSA, with extendable detention periods. In August 2018, the Act was amended to allow individuals to be detained under the PSA outside the state as well.

Detention orders under PSA can be issued by Divisional Commissioners or District Magistrates. The detaining authority need not disclose any facts about the detention.

Under section 22 of the Act, protection is provided for any action taken “in good faith” under the Act: “No suit, prosecution or any other legal proceeding shall lie against any person for anything done or intended to be done in good faith in pursuance of the provisions of this Act.”

Under Section 23 of the Act, the government is empowered to “make such Rules consistent with the provisions of this Act, as may be necessary for carrying out the objects of this Act”.

An Amnesty report published earlier this year, which analysed over 200 case studies of PSA detainees between 2012 and 2018, said former Chief Minister Mehbooba Mufti had informed the J&K Assembly in January 2017 that between 2007 and 2016, over 2,400 PSA detention orders were passed, of which about 58% were quashed by the courts.

J&K parties have often blamed each other for the rampant misuse of the PSA. A promise by former Chief Minister Omar Abdullah this year on revoking the PSA if voted to power drew scorn from both Mehbooba’s PDP and Sajad Lone’s People’s Conference.