'People from government came to us and gave this cheque to my husband. I am giving this back,' victim's mother added. 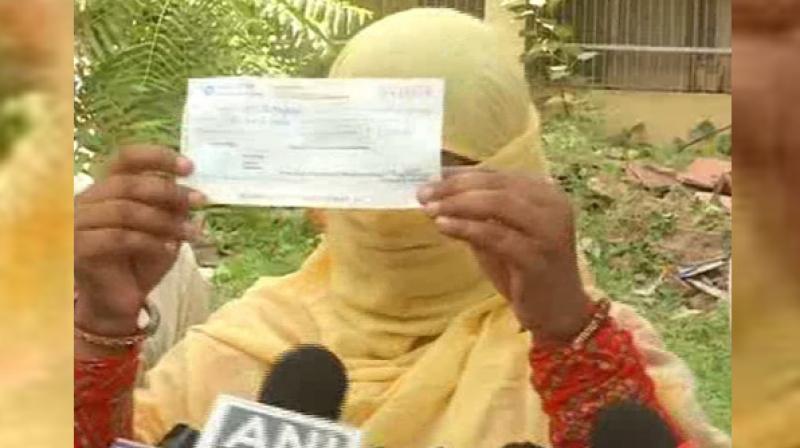 She further alleged that the doctors in the hospital are 'not allowing' her to meet her daughter. (Photo: ANI)

Rewari (Haryana): The mother of the victim of alleged gangrape case of Rewari has claimed that she was offered Rs 2 lakh compensation cheque from the government. However, she has refused to accept it and demanded justice for her daughter.

The cheque given to the victim's family is claimed to have been signed by "Chief Judicial Magistrate-cum-Secretary District Legal Services Authority Narnaul."

"A cheque of Rs 2 lakh has been given to the father of a girl who was gang-raped. This has been offered to us while no accused has been arrested yet. Few people from the government came to us and gave this cheque to my husband. She (the victim) is already in depression and now they are giving her money. Instead of doing justice, they have given us cheque. We were hopeful that we will get justice. We want justice, not your cheque. I am giving this back," the victim's mother told media here.

She further alleged that the doctors in the hospital are "not allowing" her to meet her daughter.

A 19-year-old woman was abducted and gang-raped after being drugged on Wednesday in Haryana's Narnaul area.

In the FIR registered at Kanina, police have identified three accused, Pankaj, Manish and Nishu, whose pictures they released late on Saturday.