The latest development comes just four days before the deadline for Jadhav to file a review petition in his case ends. 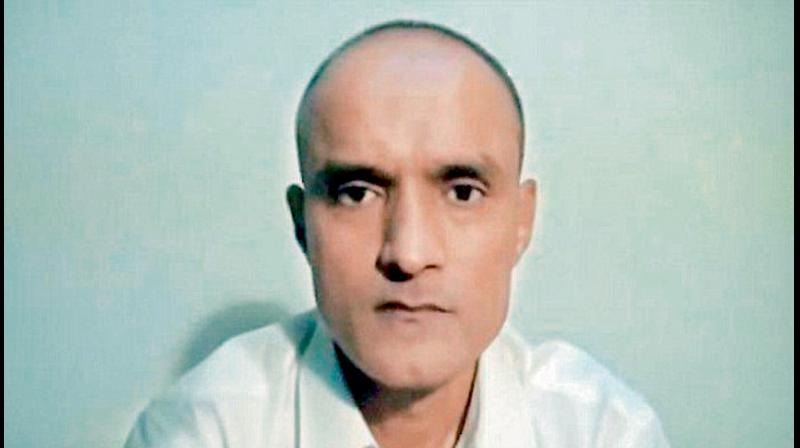 India on Thursday got its second consular access to former Indian Navy personnel Kulbhushan Jadhav, who has been sentenced to death for alleged espionage in Pakistan. According to TV media reports, two Indian High Commission officials were given 4 pm (PST) as the time for the meeting.

However, India expressed its disappointment over Pakistan not providing an unimpeded, unhindered and unconditional consular access to Jadhav.

"Pakistan did not give unimpeded, unhindered and unconditional consular access to Indian death row convict Kulbhushan Jadhav in violation of an order by an international tribunal and its officials left the meeting venue after lodging a protest," the Ministry of External Affairs said.

The MEA said Jadhav was "visibly under stress" and indicated that clearly to the Indian consular officers, adding the arrangements did not permit a free conversation between them.

The ministry said the consular officers could not engage Jadhav on his legal rights and were prevented from obtaining his written consent for arranging his legal representation.

"The consular officers were not given unimpeded, unhindered and unconditional access to Jadhav. On the contrary, Pakistani officials with an intimidating demeanour were present in close proximity of Jadhav and consular officers despite the protests of the Indian side," the ministry added.

The MEA said it was also evident from a camera that was visible that the conversation with Jadhav was being recorded.

"In the light of these circumstances, the Indian consular officers came to the conclusion that the consular access being offered by Pakistan was neither meaningful nor credible. After lodging a protest, they left the venue," the MEA said.

Earlier, New Delhi had asked Islamabad to give "unconditional consular access" to Jadhav, as per sources.

"Last time what they did was insulting to his mother, father and wife and insulting to India as a whole. So we want that consular access should be unconditional," Arvind Singh, Kulbhushan Jadhav's childhood friend, told ANI.

India had also charged Pakistan of coercing Jadhav into forgoing his right to seek the implementation of International Court of Justice's verdict, which was in his favour.

In July 2018, the ICJ overwhelmingly had upheld India's claim of Pakistan committing an egregious violation of the Vienna Convention on Consular Relations on several counts in Jadhav's case.