Sources said that India had been proposing talks before the Nepalese Parliament’s House of Representatives’s move last week. 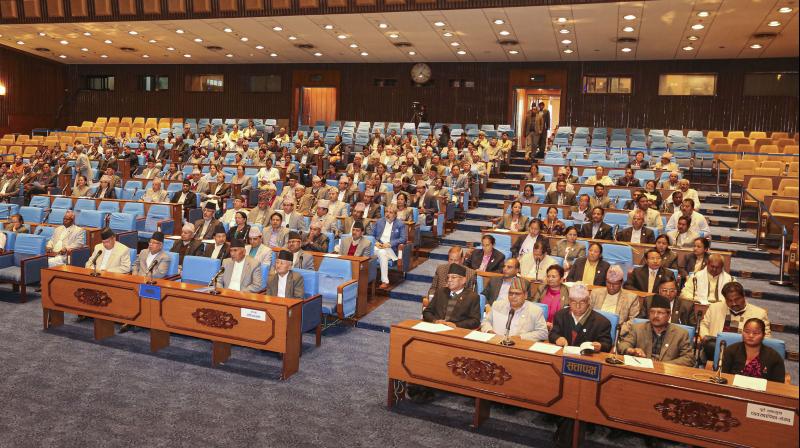 The lower house of the parliament of Nepal. (PTI)

New Delhi: Indian officials on Monday dismissed the new Nepalese map that includes some parts of Indian territory as "unilateral, myopic and self-serving" action by Prime Minister KP Sharma Oli that is "driven by his domestic political agenda", adding that the onus is now on Nepal to create a positive atmosphere for talks to take place between the two countries.

Sources said that India had been proposing talks before the Nepalese Parliament’s House of Representatives’s move last week, to unanimously adopt the Constitution Amendment Bill (CAB) on the new Nepalese map that shows Limpiyadhura, Kalapani and Lipu Lekh - territory in India’s Uttarakhand - as part of Nepal, but these offers had not drawn a response from the Nepalese side. Sources further said that PM Oli had kept the Nepalese Parliament and people in the dark about the Indian offer for talks.

The new map, sources said, has been drawn up "hastily", driven primarily by Mr
Oli’s "domestic political agenda", making it clear it is now up to Nepal to create a
positive atmosphere for talks. The Nepalese PM is known to be a staunch pro-China politician.

Sources also said that India has, through diplomatic channels, strongly taken up the recent incident of firing by Nepalese police on Indian nationals near the Bihar border and is awaiting a response.