The Pakistani Army pounded hamlets besides the Indian Army posts in Nowshera and Manjakote sectors of Rajouri last night. 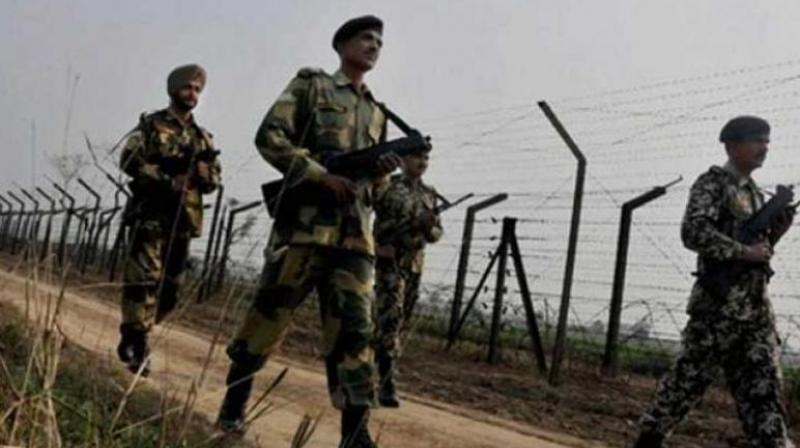 Jammu: Around 1700 people have been dislocated from the areas close to the Line of Control (LoC) in Jammu and Kashmir's Rajouri district because of shelling by the Pakistani Army which continued through the last night, a senior official said on Tuesday.

"Shelling (by the Pakistani Army) started in ANS Bhandhaar areas of Nowshera in Rajouri at 22.55 pm yesterday. Lam and Kalsian areas were also affected, he said. The guns fell silent since this morning, they said. Earlier during the day yesterday, the Pakistani troops resorted to firing and shelling in the Nowshera sector since 4 pm, the Deputy Commissioner said.

Choudhary said that four villages in Nowshera have borne the brunt of small arms fire from across the LOC.

Nearly 1700 people have already been evacuated from LoC hamlets hit by shelling by Pakistan and shifted to relief camps, he said.

Around 120 officers from various departments have been deployed to organise facilities at relief camps.

The DC said the damage assessment teams were withdrawn at 5.30 pm in view of the intermittent firing by Pakistan. On May 14, the Pakistani Army had fired indiscriminately using small arms, 82 mm and 120 mm mortars in Nowshera and Manjakote sectors of Rajouri.

On May 13, authorities ordered closure of fifty-one schools in Nowshera sector and also Manjakote and Doongi zones. The district administration has provided immediate relief of Rs 1 lakh each to the next of kin of the six people who have died in the Pakistani shelling and given financial assistance to the injured, Choudhary said.

Overall, of the 64 villages along the LoC in Rajouri, 23 are located in Nowshera sub-division where 8 villages are badly affected and remaining 15 villages sustained minor losses, while five villages in Doongi and nine villages in Manjakote have been affected, he said.

"Eight villages of Nowshera have been badly affected by heavy shelling which include Khamba, Sarya, Bhawani, Kalsian, Manpur, Danaka, Khori and Ganya. Nearly 1700 people have been shifted to camps," he added.

"Fourteen buses, seven mini-buses, 14 other vehicles were pressed into service to evacuate the people from the forward areas," he said.

Cooked food, lighting, bedding, first aid, medical care, drinking water and sanitary facilities have been provided to the displaced people in the relief camps where Anganwadi centres and playways for children have also been opened, he said.

The DC said the administration is preparing to make more relief camps functional. Over 25 buildings have been earmarked for this purpose.

He added that class work of migrant students and local students will be resumed this week to ensure that education doesn't suffer.

"Six ambulances have been pressed into action for shifting of the injured. One mobile medical unit was stationed at Nowshera and another deputed to forward areas," he added.