India   All India  16 May 2017  After Karti Chidambaram, CBI raid at Peter Mukerjea's house
India, All India

Justifying his innocence, Karti said he has done nothing wrong and that the government cannot prove any allegations against him. 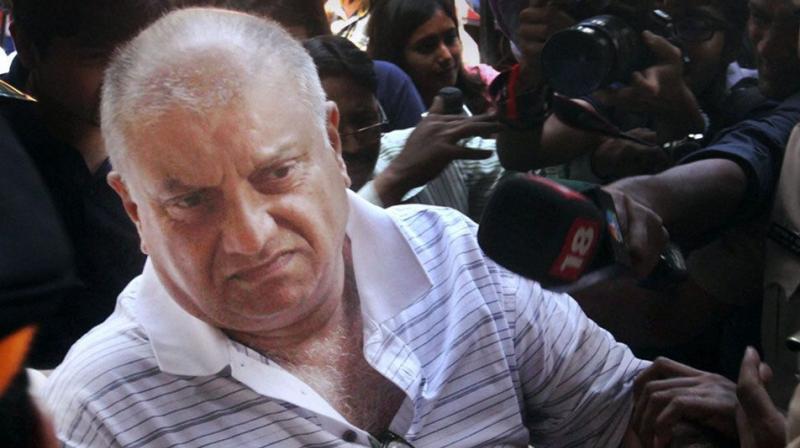 Mumbai: Following the spree of raids being conducted at the various residences of former finance minister P Chidambaram's son Karti, the Central Bureau of Investigation has now raided the house of former director of INX Media Peter Mukerjea.

Meanwhile, Karti has been taken by the CBI for questioning after the raid at his Chennai residence.

Earlier an FIR was lodged against Karti, Peter's wife Indrani Mukerjea, unknown officers of FIPB Unit of Ministry of Finance and others over alleged financial misappropriation over Foreign Investment Promotion Board (FIPB) clearance to Peter and Indrani's media company INX Media in 2008.

The charges include criminal conspiracy, cheating, taking gratification in order by corrupt or illegal means to influence public servant and criminal misconduct.

According to reports, the raids are being conducted in about 14 locations across the country. The raids are to do with a particular deal which involved required permissions being given to a TV channel, and that the deal was linked to Indrani Mukherjee and her company INX Media. INX Media operated channels like NewsX, 9X and 9X Music.

It is alleged that while the clearance was only for Rs 4 crore, the actual foreign investment was much higher, and this was allowed because Karti allegedly facilitated the deal. The CBI is also investigating a money trail and the bribe allegedly given to Karti.

The involvement of P Chidambaram is also being investigated, since he was a Union Minister then.

Earlier, On 17 April, the Enforcement Directorate (ED) said it had issued notice to Vasan Health Care Pvt Ltd, its promoter Karti, and Advantage Strategic Consulting for violating foreign currency laws to the tune of Rs 2,307 crore.

Meanwhile, the CBI is expected to raid Chidambaram's native place in Karaikudi also.

The raids are happening at around 14 different locations in Chennai and also in the national capital in connection with the criminal misconduct in grant of FIPB approval.